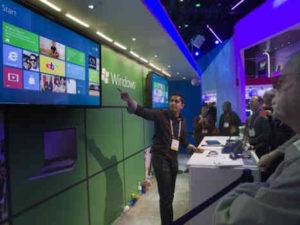 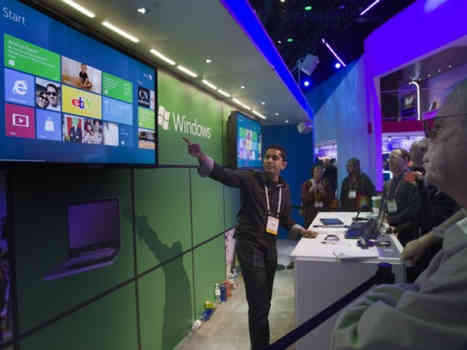 Consumer Electronic Show The event took place between 10 and 13 January in Las Vegas, with the presence of major electronics companies. The Guardian drew the projections for the future of the world of technology from leading technology presentations.

Apple remains the sun around which revolve the other companies

While the company decided not to participate in the show, its products are present in another format and another brand. The models introduced by the tablet iPad iPhone and sign the way forward for the rest of technology companies.

In December, the company announced that this year was the last in which participate in the CES. But the truth is that Microsoft lost its special touch. CEO Steve Ballmer announced the arrival in October of the first tablets with Windows, which had little impact among those present.

Are the versions that require special glasses, or those that incorporate three-dimensional technology from the screen, but these models have yet to be perfected before they worth spending money on them.

If someone is planning to buy a laptop, which is a ultrabook

Ultra-thin, ultralight and super fast is the premise of this new generation of notebooks. Its price is just higher than that of standard notebooks and definitely worth every penny.

3D prints will be installed in the coming years

This new technology allows you to design and produce objects in three dimensions using plastic parts. Companies are MakerBot premiered this system, which sells a kit for $ 2000, 3D Systems, whose product costs $ 1200, and the French Sculpteo.

Apple is the king, but not in the market for smart TV

The good reception of TVs Samsung, Sony, LG and Panasonic introduces competition forsmart TV that can connect to the Internet and allow you to download applications. Some models can even be controlled by voice. Meanwhile, the Cupertino company delayed the arrival of Apple TV.

Even the washer and dryer will be intelligent

Samsung is offering a line smart appliances , including a refrigerator with wi-fi signals when food is about to expire. Gradually, the “Internet of things” that will reach all the appliances, is becoming a reality.

Nobody knows who will next opening

With the release of Microsoft, commissioned the show’s traditional opening, it weaves the mystery about which company will give the new leadership role. Google and Apple would be the big names, if they participate in the CES. Does HP?, Does Sony?, Intel?, What could it be?

The tablets are the favorite gadget of the future, but should not lose sight of the smart TV

Even the smart TV, along with the tablets may mark the end of the computer, since the former is possible to add a keyboard and function like a computer.

There’s an app for everything and for all

Since health programs for automotive platforms and guitar lessons online, the application market grows to unexpected dimensions of everyday life