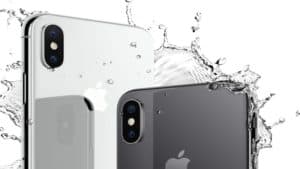 It seems surprising at first: The iPhone 12 should be delivered without the included earpods and without a charging plug. Only the USB cable remains. Apple is thus starting a small revolution – and there are four good reasons for this. A comment.

How many iPhone plugs and USB charging cables do you have around at home? Probably more than just one. That’s why smart users are already selling the new plugs, earpods and charging cables in their original packaging on platforms such as Momox or Rebuy.

Analyst predicts: iPhone 12 only comes with a charging cable

Nevertheless, there are of course always users who are new to the Apple universe. These new users are particularly happy when they receive the starter set when they buy the new device. It also doesn’t hurt to own every component twice – for business trips or your own partner.

That is exactly why it seems astonishing what Apple is now planning. According to the well-informed Apple expert Ming-Chi Kuo , the new iPhone 12 will probably launched in autumn 2020, should  only be delivered with a USB charging cable.

The previously included plug and the earpods should probably disappear. If you have intrest in these gadgets, you obviously have to buy them from Apple.

But why is Apple slimming the scope of delivery of its iPhone 12? After all, the price is likely to remain at a similar level. There are numerous reasons for this. We want to present four of these arguments to you today.

It is is expected that the new Apple iPhone 12 will support 5G technology for the first time. We have already discussed how useful this is elsewhere . However, the fact is that the components required for this will significantly increase production costs.

So if Apple wants to increase its profit margin. it is understandable that earpods and charging plugs are no longer included. After all, the company can generate additional income from Cupertino, California .

By eliminating earpods and charging plugs, Apple can also reduce shipping and delivery costs. After all, this means that significantly fewer components have to be imported from China and other countries. This saves money and at the same time streamlines the processes.

In the past few months and years in particular, sustainability has become a central aspect of many companies. Of course, this also applies and in particular to Apple as a leading technology group.

So if the iPhone 12 manages without additional gadgets, Apple significantly reduces the carbon footprint of its own smartphones. Likewise, less packaging and electrical waste arises from unused plugs and discarded headphones.

If Apple really decides to take this step, this point should be the main focus in external communication.

4. Prepare for the future

The final argument for the upcoming changes around the iPhone 12 will affect all future generations of iPhone.

Specifically, it is about Apple sooner or later wanting to do without connections on its devices. If charging plugs and earpods are already missing, the first customers are already made aware that the future of the devices is wireless.

After all, with the Airpods * and support for wireless charging, there is already an option to do without cables. And this is not a forecast, but a fixed goal on the part of Apple.