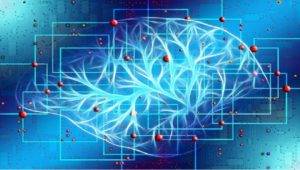 For the first time, the AI ??model included not only neurons, but also astrocytes – cells that regulate the work of neurons and are responsible for walking and other types of activity.

Neurons – the cells responsible for transmitting nerve impulses – are very important for the functioning of the human brain. But over the past hundred years, it has been believed that neurons are the only cells in the brain that can process information. However, astrocytes, of which there are twice as many in the brain, also play a key role in its work, and not just take up space. They are also involved in learning and create central pattern generators (CPG), on the basis of which ordered motor activity is created – breathing, walking, etc.

Despite the fact that now it is already reliably known about the important role of astrocytes in brain functions, most of the currently existing neural networks are based only on artificial neurons. Researchers at Rutgers University decided to fill this gap and developed algorithms that take into account the functions of astrocytes. An article published in arXiv presents the work of the neuromorphic central pattern generator (CPG) with artificial astrocytes. It successfully reproduces various forms of rhythmic walking in robots.

Everything that artificial neural networks do, and they are capable of much, is based on the neurocomputer dogma that the brain is neurons. – says Konstantinos Mikhmizos, lead author of the study. “At the same time, there are 2-10 times more astrocytes in the brain than neurons.

In their work, scientists at Rutgers University proposed a new approach to neuromorphic research, based on reproducing the interaction of neurons and astrocytes to create specific behaviors.

It is noteworthy that this study for the first time does not consider the work of AI from a generally accepted position, when neurons are considered by default the only cells that process information. In the new work, artificial astrocytes in the neural network are considered as the second unit of information processing. Moreover, the authors of the work suggest that astrocytes may be important in the formation of intelligence, so their introduction into an AI model is very valuable.

The main task of scientists was to decipher the way these types of cells interact when a person learns something, thinks and conducts other brain activity. In the laboratory, mathematical models have been developed that take into account what happens to the astrocyte when it communicates with neurons that receive and send nerve impulses. The scientists then used mathematical models to build neural-astrocytic networks, which in turn incorporated neuromorphic chips to control six-legged robots in a simulated environment to prove the system’s effectiveness in practice.

The researchers were able to demonstrate that astrocytes not only interact with neurons, but also determine the features of this interaction, and also process information about environmental conditions entering the brain. For example, a robot operating on a neuromorphic chip with astrocytes moved more plastically with varying speed and was not affected by external conditions, such as noise.

A neural network modeling approach that takes into account astrocytes will help take important steps in the development of AI. This method is now part of the computer curriculum at Rutgers University. Soon the presented system can be used in robots in real conditions.