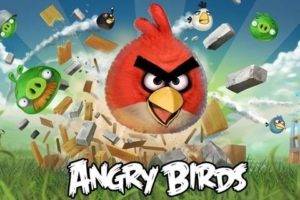 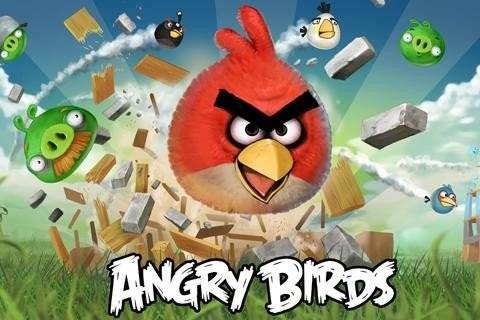 Note that the number of downloads of an application is not given, but according to the published list, the most popular application has a mobile version of the social network Facebook.

Online radio Pandora (access to approximately 50 000 stations), forming a playlist based on user tastes, took first place in the category of music. As for favorite games, here users prefer Words with Friends and Angry Birds.

Recall that the game is Angry Birds is a very popular and downloaded over 500 million times. In the story of this game green pigs steal the eggs of birds in order to make an omelet out of them, and angry birds are going to take revenge on them for it, and return the eggs back. Level is passed, if destroyed all the pigs (they can be destroyed as a direct hit and destroyed by blocks of buildings). The user will be using a slingshot to shoot themselves in these birds to pigs, which are placed on or within the various structures.

Among the applications for a healthy lifestyle, according to the company, is leading Calorie Counter & Diet Tracker, and Nike + GPS.

It is also noted that last year had been quite successful for a variety of applications for photo and video shooting. Thus, in the category first place went to photo application Instagram (allows you to capture and modify photos using a variety of filters), and video category was the most popular application for Camera Plus. 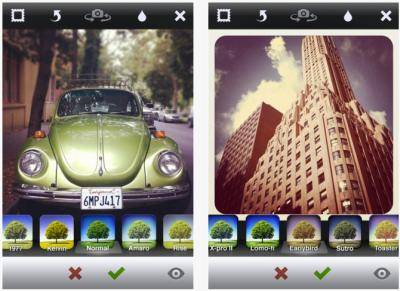 Thus, according to the company, of the 150 most popular applications in November 2011, downloaded to Android Market, 85 and 65 are the programs – games and the App Store of Apple’s 100 applications from 150 – this game, and accordingly, only 50 – the program.

On that basis, analysts Xyologic concluded that Android is a platform for users who use their mobile devices to work, and iOS chosen by those people for whom this is not a smartphone is more than entertainment – a mobile game console.