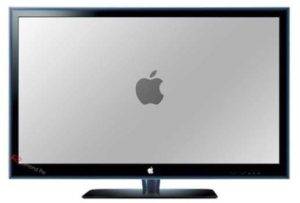 A new report, Apple plans to launch not one but three models of HDTV in 2012.

The news comes from AppleInsider. Trip Chowdhry of Global Equities Research has published a research note to investors suggest that Apple will be launching their own HDTVs in early 2012.

Trip Chowdhry with Global Equities Research issued a note to investors on Sunday in which he shared his “converged view” on an anticipated Apple HDTV, with information based on details culled from a number of developer events he attended.

Chowdhry said the product that is most similar to Apple’s rumored HDTV is the Bose VideoWave, a 46-inch LCD HDTV with an integrated surround-sound speaker system. The VideoWave aims to simplify HDTVs by reducing clutter, and to improve picture and sound quality.

The high-definition televisions, according to the analyst, will come with an integrated surround sound system and no more than 2 wires to ensure minimum clutter.

Rumors of an HDTV from Apple have been around for many, many years. This year, we saw two separate DailyTech reports and IOS SmartHouse who spoke on HDTV output sample based on OLED technology.

If true, televisions, basically, would be a high definition display with a built-in Apple TV. Users can download / stream movies and television programs of their choice through the iTunes Store. According to speculations, even users are allowed to buy channels and applications.

The market for HDTV is almost saturated at this time. Being so expensive, people who buy HDTVs stick to them for years before getting a new one as opposed to cell phones that people like to change more frequently.

So why enter the market for Apple HDTV? What will come out of this, especially considering how the $ 99 Apple TV sold today seems to be doing the same work as those reported Apple HDTV?

The answer is not clear to us, but let’s look back a few years time before 2007, when people felt that Apple did not have to enter the smartphone market as the way it is as “saturated.” Apple iPhone and then announced in mid-2007, fast forward 2011 and you will find that Apple dominates the market for Nokia smartphones and dethroned for the title of leading vendor’s smartphone world.