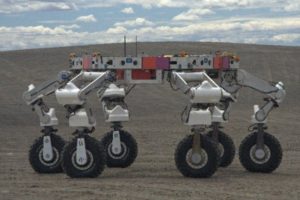 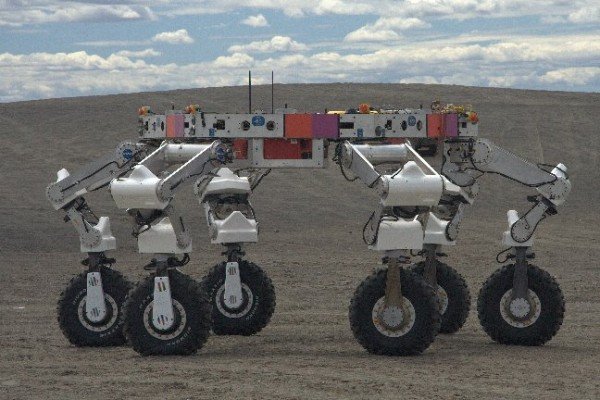 There are spider although it seems enough. This is the Athlete (All-Terrain Hex-Legged Extra-Terrestrial Explorer) which is the model of the robots that NASA intends to send to space missions.

Originally intended for missions to the moon and then to explore asteroids. Although still takes several years to develop, the exapodo robots will have amazing capabilities. First used for exploration and transportation equipment to the Moon, planets and asteroids. The 6 foot rollers can be used as tools and support bases, while the hexagonal frame will have 12 stereoscopic cameras. Also each leg has an additional 2 cameras to monitor the movements when used as a tool.

Something very interesting is that the handle can be used in Kinect. That allows people who are not familiar with the functions of the robot to steer exactly as they want.