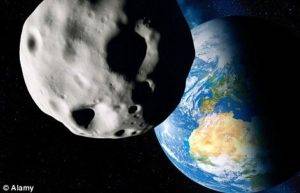 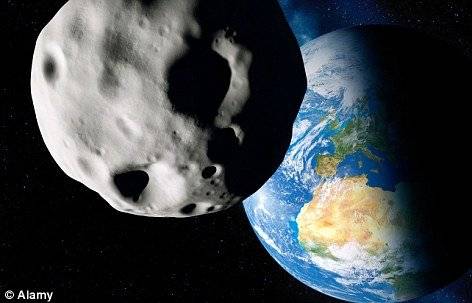 The “2012 BX34” Asteroid is 11 meters in diameter and passed through a shorter distance separating the Earth from the Moon. NASA had assured that there is no danger of impact.

The asteroid passed within 60,000 kilometers of Earth , or whatever it is, 0.17 times the distance that separates it from its natural satellite (orbiting at an average distance of 384,500 kilometers), said the U.S. space agency his Twitter account.

According to astronomers calculated the object is 11 meters in diameter and traveling at 9.9 kilometers per second. However, it is classified as small . “Fortunately not pose the least concern. Our goal is to find the greatest” experts have warned.

“Do not get pass through our atmosphere intact , even if it dared to try, “Observatory scientists explained NASA’s Asteroid, under the Jet Propulsion Laboratory (JPL) in California.

The agency routinely detects and tracks asteroids and comets passing close to the planet using ground and space telescopes with its program of Observing Near Earth Objects , which was dubbed “Spaceguard” to detect if any could be potentially dangerous for the planet.

In 2009 launched the Infrared studies Explorer (WISE), which allowed him to develop a complete map of asteroids. There are about 19,500 medium-sized asteroids near Earth.