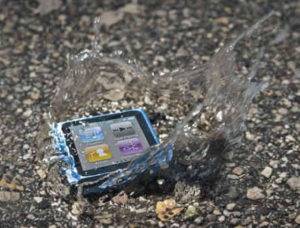 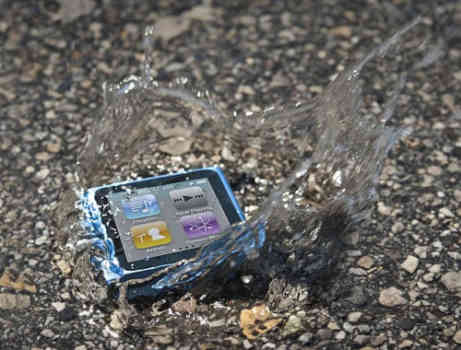 New technologies that can save your phone from damage from water, may be in the next wave of smart phones from Samsung and Apple. In the manufacture of such devices will be used a technology called HZO, under which creates a barrier of nano-film has a special water-repellent properties. The film is applied to the inside of the electronic gadgets.

To show the possibilities of technology, the company has already applied it in a number of devices such as iPhone, as well as other phones from Samsung and Motorola. At CES this year in Las Vegas demonstrated a device that looks like a regular iPhone, but it has repeatedly dipped into the tank with water.

The company hopes to conclude a major deal with all the leading manufacturers of smart phones and headphones. Headphone advantage of this technology will be that they will not be damaged and then while jogging or water while swimming.

We have shown this technique Chairman Samsung, covering nano-film of Samsung Galaxy S, and he could not believe on his eyes.

The company also is negotiating with Apple, and hopes that the iPhone 5 is already waterproofed. The company hopes that will appear in the HZO devaysa the following season.