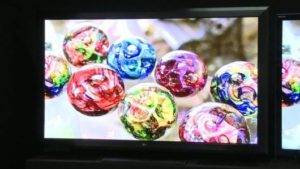 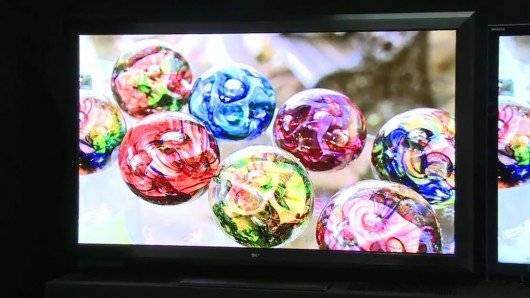 In the American Consumer Electronics Show CES 2012, Sony demonstrated a new technology Crystal LED, designed for use in televisions and monitors. It works on a unique principle and differs from all other modern technologies.

The technology uses ultra-Crystal LED light-emitting diodes – Each has a size comparable to the pixel size. According to developers, the benefits from this technology over similar products from other manufacturers too much.For example, in Crystal LED is 1.4 times larger color gamut coverage and 3.5 times higher contrast than with the technology of OLED, which is working on improving the main competitors in the market Sony TV – Korean companies LG and Samsung.

To demonstrate the technology of Crystal LED Sony has developed a fully functional prototype TVs based on it. The prototype has a 55-inch display with resolution of 1920×1080 pixels or Full HD. With such a display size and high resolution of individual pixels to be just enormous. Indeed, according to official data, the number exceeded 6 million portal Gizmag points out that they operate independently of each other.

The advantages of technology

Crystal LED applies a very low energy consumption, especially in comparison to conventional LCD TVs. Response time in this case is also less, with at least ten times. Egly review in this case is 180 degrees both vertically and horizontally. The brightness of a new concept TV from Sony, according to preliminary information, of 400 cd/m2. This model is unlikely in the series, at least mention of it was not.

With regard to benefits for the consumer, when buying a TV based on Crystal LED it will not only significantly better image quality but also save a certain amount – the new Sony’s are much cheaper compared to OLED, therefore the product where it is applied, will have a more attractive price.