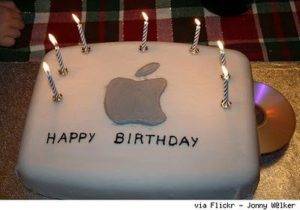 According to the website 9to5mac, Apple may release to coincide with the third-generation Tablet PC iPad on birthday of company founder Steve Jobs, which falls on 24th February 2012. 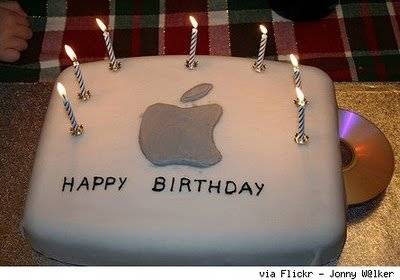 Co-founder and inspirer Apple CEO Steve Jobs died on 5 October at the age of 56 after a long illness.

According to the report, Apple engaged in the production of third generation iPad will work during New Year celebrations on the eastern calendar in January, in time to ship enough units.In the first quarter of 2012 is scheduled for 9.5-9.8 million new iPad, writes site DigiTimes , citing its own sources.

Before Apple exasperated their plates on the market in the spring: The first model iPad sales began in April 2010 and the second generation of the device appeared on the shelves in March 2011.

According to the latest unofficial information, the new iPad will be about 0.7 millimeters thicker than the iPad 2, it is necessary to set a higher resolution screen, which will be a major innovation.According to agency Bloomberg , produce displays for the new iPad, as well as other Apple devices under development, will be Japan’s Sharp, which will take place this main supplier – Samsung.

It is assumed that the new version of the iPad will get a screen capable of displaying 2048×1536 pixels – four times more than the existing Tablet Apple. The appearance of such screens in the iPad was expected even before the announcement of the second generation device, in March of this year. But then the experts noted that such displays are expensive and time consuming to produce, that some time would deter their use in mass products.

According to unofficial reports, Apple may release in 2012, another model iPad – A compact version of the tablet with a 7-inch display, but not all experts agree with this prediction. According to analyst Brian Blair, Wedge Partners , Apple is really testing a smaller version of the iPad, but next year it will be presented . In the past, Blair has been giving accurate predictions about the products from Apple, said the site All Things Digital.

Tablet PC iPad firmly hold the leadership in its segment, controlling about two-thirds of the world market for such devices.