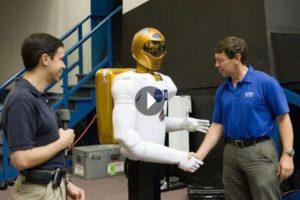 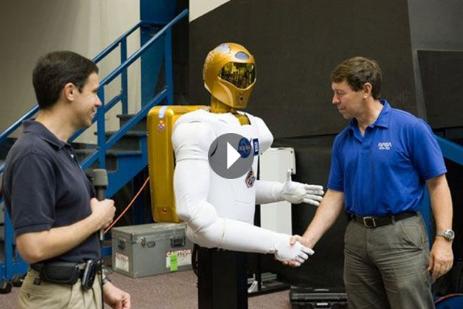 A historic handshake took place yesterday at the International Space Station. The commander of the ISS was greeted by a handshake with R2, which is the romponafti Station.It is the first time robots and humans shake hands in space.

Although R2 is the ISS for a year remained inactive. NASA has decided to set up a few 24-hour activation but only gradually. One of the first moves after R2 “awakened” to be met by handshaking with Daniel Burbank , commander of the ISS.

“The first man shook hands with robots in space is a fact. For the story to say it was a gentle handshake, the R2 is amazing, “ said Burbank just after the handshake. “The handshake was definitely one of the most interesting things I did today. But I’m not quite ready yet, “ said R2 in Tweeter. Of course the statements of romponafti has undertaken to make a member of NASA.

The R2 is the first romponaftis traveling in space. The NASA has begun a decade trying to build a robotic cyborg to participate in space missions. The R2 is made of aluminum, stainless steel and carbon fiber, weighs 150 kg, 101 cm tall, moving with a speed of 3 meters per second and will be the first robot that moves autonomously in conditions of weightlessness.

The R2 will initially undertake ancillary functions. The purpose of NASA is at last coming romponafton models can replace humans in difficult and dangerous jobs such as, for spacewalks. In the next stage romponaftes can be used in space exploration by going to the Moon, Mars and other planets to explore.

Carbon fiber can store energy in the body of a car