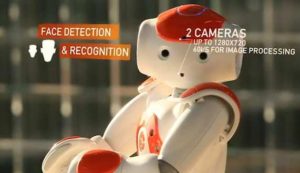 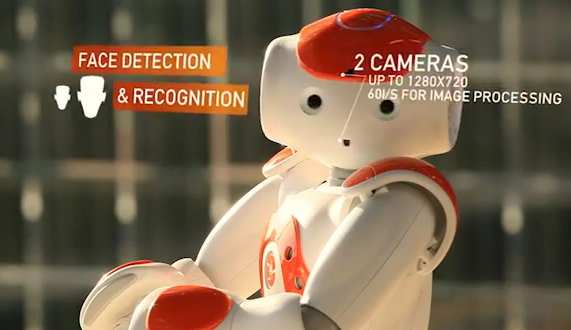 The French firm Aldebaran Robotics recently launched a new version of its robot called NAO, which they think can be the ideal personal assistant. 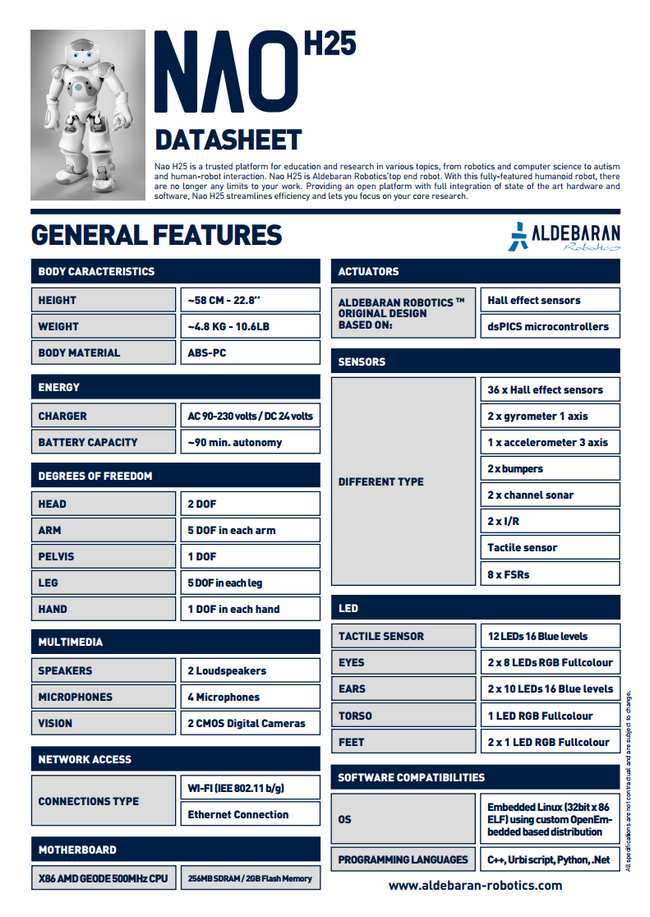 Many tasks are performed and including dance, sing, take pictures and many other things.

It has a voice recognition software that lets you communicate with people in 9 different languages.

It also has 2 cameras and uses complex algorithms to recognize images and faces.

The technical specifications of this robot are as follows,

A team out of France has taught a robot how to play the classic board game Connect Four, but this isn’t some mere act of technical expertise. The Nao robot can not only make strategy and place pieces in the appropriate slot, it can recognize the face and emotion of its opponent. It’s less like playing against a computer and more like competing against a companion. HumaRobotics, the R&D branch of Generation Robots developed the algorithms for the Connect Four demonstration to highlight the feasibility of social interactions between humans and machines. With facial recognition, vocal interactions, and cheat detections it certainly seems like the Nao is ready to play as a full partner.
The first video from HumaRobotics outlines the general concepts of the project. By highlighting the algorithms that a child uses to play the Connect Four game the clip shows that Nao’s accomplishments are quite impressive:

While the HumaRobotics YouTube channel has many raw footage videos of the Connect Four project, the following eight minute clip is the most worth watching. First, because it shows the Nao robot successfully playing a piece on its own (~3:30), albeit with a human trick to guarantee an error. More importantly, however, the robot-human interaction is clearly seen in the voice commands, facial tracking and audio exchanges:

There’s a lot going on when the Nao robot plays Connect Cour. The relative size of the board is huge compared to the two foot robot (think of a playing on a board five feet tall), and Nao must stand back a bit to get an accurate picture with the camera in its eye. The proximity does not allow for stereoscopic vision. Once the board is accessed, Nao must track a complex series of data from its inertia sensors and motors to understand the kinematics necessary to place the piece correctly in the slot. HumaRobotics claims that the bot has an 80% success rate to that end. As seen in the second video, the tiny bot also must have an error detection algorithm and the appropriate responses when events happen outside of its control.

As impressive as it may be for the Nao to be capable of physically playing Connect Four, it’s the interactive aspects of the game that HumaRobotics really cares about. Their program for Nao takes advantage of facial recognition to see if the robot has played against its opponent before. It recognizes basic gestures to begin a game. As it plays, Nao modifies its behavior according to how its opponent reacts. There’s even an algorithm to detect and respond to cheating on behalf of the human. All this in a tiny robot that HumaRobotics did not create themselves. Indeed, this task is all the more impressive because the team accomplished their goals on an open research platform like Nao. Not only was HumaRobotics able to develop their software with someone else’s hardware (granted, they were very familiar with it), their success means that other teams around the globe may have the same luck with creating similar projects.

Ultimately, HumaRobotics goal isn’t to teach a Nao how to play a board game, but to elevate human robot interactions to the next level. The basic social awareness seen in the Connect Four scenario is the foundation the even more complex behavior necessary if humans are to accept bots as companions in their working and private lives. Imagine how many time a day you communicate with body language or eye contact, how often you must evaluate the statements and actions of your peers, and how often you must analyze your own successes and failures. Any robot that is to provide a meaningful social experience for a human will have to face those same challenges. Nao’s success at playing Connect Four is, for the moment, more cute than consequential. Yet as IBM’s Watson supercomputer showed on Jeopardy!, it’s the seemingly fun successes that are stepping us ever closer to human-machine parity.

2 thoughts on “NAO: The French Robot that Practically Does Everything (Videos)”