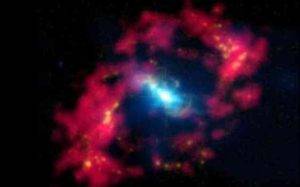 Images from three telescopes of NASA seems to have discovered a giant eye in space our neighborhood to “monitor” our planet. Of course this is a galaxy, namely for the nearby NGC 4151, not for some odd science fiction, in which gases interact with the growing black hole in its center. 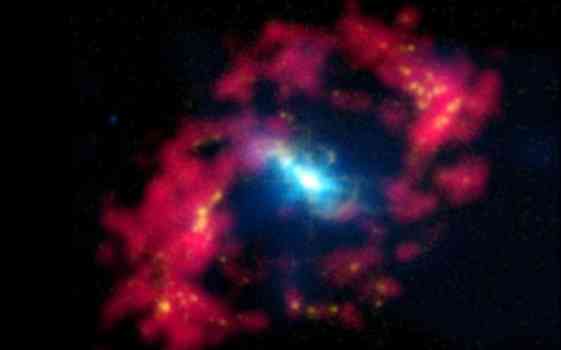 The white “daughter” of the eye is the Dark hole, while the red “lid” is a structure consisting of hydrogen, which has arisen due to gravity and contains various other materials that are attracted to the center of the galaxy. Finally the blue parts are X-rays, which scientists study to better understand the interaction of such Dark space in the air around them. The NGC 4151 is one of the closest galaxies to us that contains an actively growing black Space inside the and offers an ideal opportunity to study the interaction of gas surrounding an active supermassive black hole of this kind.

Is this giant eye thinking to eat Earth ?What you think.