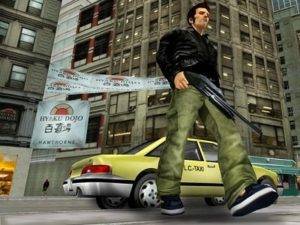 Rockstar Games has confirmed that the mobile version ekshena Grand Theft Auto 3 ,  timed to coincide with the  tenth anniversary of the famous game, released on December 15. The release will take place on platforms iOS and Google Android, while the price of GTA 3: 10 Year Anniversary Edition will be about $ 5.