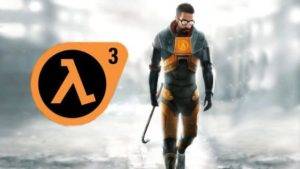 For several years have passed since the last release of the super cult game series  Half-Life,from the Valve company . Legendary game, the adventures of Dr. Gordon Freeman, who is trying to save the colonized Earth from alien invaders. Helps him in this charming beautiful Alyx Vance and a group of rebels who see the main character in the last hope for survival of mankind.

Amazing atmosphere, intriguing storyline and gameplay model, coupled with realistic physics make Half-Life 2 one of the best games generation. The game has incorporated all the best innovations of modern technology of the time and the best of what was in the very first Half-Life , which once was no less loud master piece of gaming. To develop the second part of the Valve has spent five years of hard work, however, it has always been famous for the fact that makes the game a long time , but always the best. After the release of the second part, the company decided to change the policy and the continuation of the cult game release in the form of episodes, which would have made gradually the new changes in the original game .

Therefore, further in subsequent years came Half-Life 2: episode one and the Half-Life 2: episode two, which each time were collected from the wild applause of gaming press and the mass of satisfied reviews from fans of the series. But with the completion of the second episode, the authors have promised to release the final third episode, which would put an end to the whole epic story of adventure Mr. Freeman and his companion. Since the promise has been more than two years, during this time Valve managed to release a series of successive hits  Portal and Portal 2, Team Fortess and are now preparing to go on stage at least two important projects  Dota 2 and Counter-Strike: Global Offensive.

Fans are still waiting for the completion tormented history of Gordon Freeman and the  Rumors of Half-Life 3 are also “Teasing” them . Apparently, the developers decided to change their policies and not to release the third episode, and do a full Half-Life 3 or just take a break, which would then suddenly announce long-awaited announcement of Half-Life 2: episode three.

The reason for the unrest in the ranks of ordinary gamer, has become Photo from this event Seattle’s East side Industry Night, where a member of the Valve , sported a shirt with the logo Half-Life 3 … However, an unknown employee was unable to tell the fate of the project nothing, so that we can only guess that the fans will enjoy the Half-Life 3 in near future.