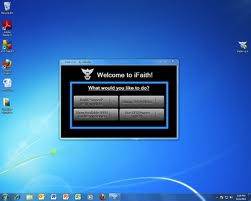 At hide and seek between Apple and jailbreakers, the company had released a new lock system, which prevented devices to restore the previous version firmwire 5.x With the help.  but the iFaith-one tool for Windows, the hacker iH8sn0w succeeded and found a way to bypass the blockade and allow a return to older firmwire. Now, you probably wonder about what is the reason anxious to return to the ‘forbidden firmwire; The known and ‘distinguished’ hacker iOS MuscleNerd and pod2g, had reported that the first untethered jailbreak will arrive with iOS 5.0, and therefore, is likely to require the process to downgrade the iFaith and help users to restore this. Currently the jailbreak, is still at the planning stage, but the news are encouraging for the community of  jailbreak.