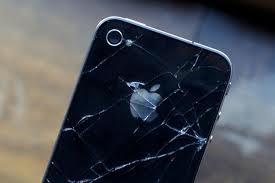 Apple has not yet figured out with high power consumption of its latest smartphones, as iPhone 4S have created new challenges.

As reported, iOS informs users about iPhone 4S fails to work or even the absence of SIM-card, and then ceases to work with smart mobile services.

Most interesting is that this error occurs as a GSM / UMTS, and CDMA-in networks that do not use the SIM-card.In some problems start to occur immediately after purchase iPhone 4S, and some argue that faced with such a nuisance only after installing the firmware iOS 5.0.1 which was supposed to fix problems with the battery pack faster. This failure is temporarily resolved after you restart the machine.

In addition, the Apple support forum has large branches with a description and other problems. For example, some users have reported an echo effect, which manifests itself when using a wired headset, Apple, as well as problems with the speakerphone.