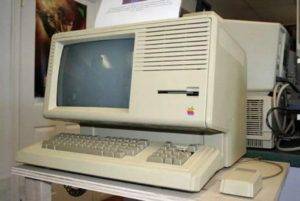 Steve Jobs name associated with the success of the iPhone, iPad, or the line of iPods.

As co-founder and also served as president and chief executive Steve Jobs of Apple so tied to so many branded products apple. In addition to success with iPod, iPhone, or IPAD, he has also tasted defeat for Apple Power Mac G4 Cube or Lisa.

Here is a summary of 11 Apple products associated with the name of Steve Jobs.

First Mac, a product line of Apple personal computer named Lisa. Launched in 1983 this series possesses many similarities with the model as property Macintosh graphical interface, support for the user interface.However, while the Mac so successful with the $ 2,500 price, the failed Lisa too expensive because the price up to $ 10,000.

This is the opening mechanism for generation of Mac computers when Steve Jobs personally designed and developed. In the history of Apple has been considered as one of the most successful products. Like the iMac now, all components of the Original Mac are integrated into the small screen.

Over the past 13 years with so many versions, the iMac desktop line for the top of Apple. Launched first in 1998, Apple’s products to the impression to the user to design the most handy every time.

All the components of the machine is placed in the rear of the CRT screen to create a desktop machine all in one. Despite the omissions, the first product line is no optical drive but the iMac was still a successful product line of Apple.

In 2000, Apple launched the Power Macintosh G4 Cube with a mission dedicated for users who want to own a Mac model has many advantages over iMac but is not so terrible as the Power Mac. In this model is impressive in design, especially when all the components of a conventional computer is placed in a compact cube size 8 inch. However, the product has not brought much success for Apple.