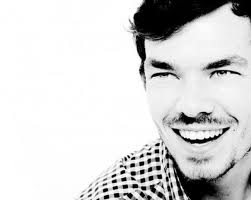 In the last couple of weeks there has been plenty of speculation around:
– Why I left Google
– What happened to my book ‘Social Circles’
– What I’m working on at Facebook
I never intended to write publicly about why I left Google, but it seems necessary to give people some facts that they can refer to, and not have people speculating and making stuff up.

Before I get into specifics, I want to say that I still hold tremendous respect for Google. I worked there for four years, loved the company, and busted a gut to help them ship great products. I learned an immense amount from a lot of very smart people.

I also want to remind people that this post is my own personal opinion – take it or leave it at face value.

I left Google for a variety of reasons

The main reason I left was that there was an opportunity at Facebook that I felt I couldn’t turn down . Having said that, there were other factors that made my decision to leave for a competitor easier. Google is an engineering company, and as a researcher or designer, it’s very difficult to have your voice heard at a strategic level. Ultimately I felt that although my research formed a cornerstone of the Google social strategy, and I had correctly predicted how other products in the market would play out, I wasn’t being listened to when it came to executing that strategy. My peers listened intently, but persuading the leadership was a losing battle. Google values technology, not social science. I also moved because the culture had changed dramatically in the few years I was at Google. It became much more bureaucratic and political. I don’t think it’s appropriate to get into it here, and other ex-Googlers have written about this more eloquently than I could.

Google blocked me from publishing my book

Many of you have asked me why my book ‘Social Circles‘ was delayed, and why it has been removed from Amazon. I wrote the book in collaboration with Google, and in June 2010 they officially gave me written permission to publish it. The book content, the title, and the cover all existed prior to Emerald Sea (Google+). However, after the PR frenzy around the leaking of the project in July 2010, Google verbally rescinded permission to publish, and blocked me from publishing until after Google+ launched. I understood and respected their decision at the time. However, they continue to block it. Now that Google+ has launched, I honestly can’t see why they don’t respond to my emails requesting permission to publish. The book contains no proprietary information, it is based almost entirely on research from 3rd parties (mostly universities) and any Google research referenced is already in the public domain.

The goal of the book was simple: to take the complex body of academic research about social behavior, and make it accessible to the many designers, developers and marketers who need to know this stuff. The industry needed this book. You might say I’m trying to organize some of the worlds information and make it universally accessible The irony that Google is blocking this endeavor is not lost on me.

1 thought on “The Story Behind Resign of Paul Adams From Google.”