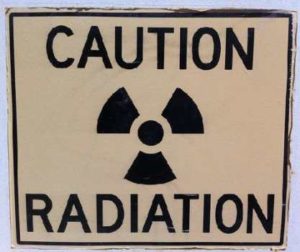 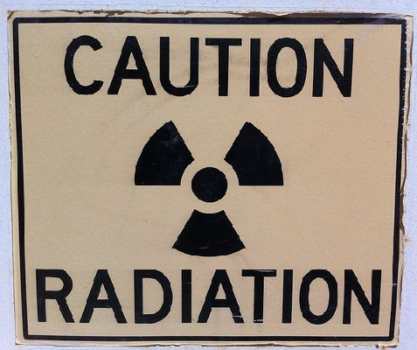 Radioactivity is the term used to describe the disintegration of atoms. The atom may be characterized by the number of protons in the nucleus. Some natural elements are unstable, therefore, their nuclei disintegrate or decompose, releasing energy in form of radiation.

The radiation is present throughout the universe has always existed. Naturally occurring radioactive materials are present everywhere: in nature, the walls of our homes, schools, offices, food we eat and drink, etc..

There radioactive gases in the air we breathe and even our own bodies (muscles, bones and tissues) contain natural elements that are radioactive.

There is a type of radiation that is harmful to living organisms, ionizing radiation. It has enough energy to ionize matter, extracting electrons bound states of the atom . What may affect normal biological processes.

In this series we will examine some common sources of radiation and see what we can do to keep us safe.

We’ve all heard warnings of the type:

Keep your mobile phone glued to his ear causes cancer

But do they really pose a danger? What about wireless networks in schools, workplaces, cafes even at home?

Radio-frequency energy is using wireless technology. The only damage they can do is heat, it can cause damage to heat one cup of tea, because radio waves are non-ionizing radiation .

While wireless computers do not seem to be a real threat, some scientists say that mobile phones may increase cancer risk.

According to a study published in Journal of the American Medical Association in February 2011, to make a phone call that we are putting the antenna generates radio frequency side of the head, the position could alter brain activity. Is it really dangerous?

No one knows. The mobile phone is an invention too new to know the long-term effects. By the way, scientists advise using headphones or speaker functions of those devices.

It is well-known that the consumption of snuff can cause cancer, but do you know why?

It’s not just snuff burning itself, but by inhalation of radiation absorbed by the plant during its growth stage in the field. radioactive materials in the atmosphere adhere to snuff leaves , remaining on the plant throughout the manufacturing process.

The use Apatite (phosphate fertilizer) increases the radiation absorbed by the plant of snuff. The radiation of lead 210 and polonium-210 issued by the snuff smoke is deposited in the lungs of those exposed to it. Tar also accumulates in the lungs, enabling trap radiation more efficiently.

Although do not smoke you will not be safe, the secondhand smoke also carries a toxic dose of these carcinogens.