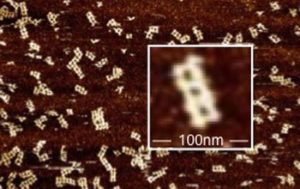 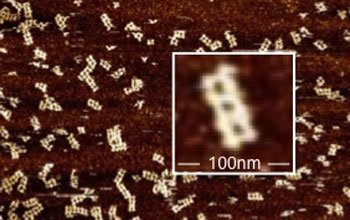 A group of researchers from the firm Parabon NanoLabs has developed a new drug Created Through a 3D Printer to combat a type of brain cancer. What is unique about this drug is that it is the first drug that has been Created Through a 3D Printer, molecule by molecule by using a technique of self-assembly of DNA and this technique is  designed with a computer program. Scientists suggest that progress not only drastically reduces the time needed to create medicines, but also opens the door to entirely new drug designs.

Methodology of  Drug Designing Through a 3D Printer

Researchers have the DNA molecule was instrumental in the development. The reason is that DNA, besides keeping the genetic information of individuals, contains a very valuable feature, organizing their chains are organized at the structural level. One detail that allowed for use as a principle other nanostructures, such as medicine. According to Steven Armetrout, lead developer of the project:

As we said at the beginning, the particularity of the drug is that it was created through a 3D printer molecule by molecule. Prepared molecules are linked between them in the same way that DNA, a process which is required to join together the fragments needed to be found and then form a single structure.

Once inside the body, the preparation was directed to the epicenter of disease. Scientists have thanks to the combination of different technologies were able to produce millions of identical copies of the designed molecules needed, where the particles are located healing substances.

It is a future technology that could open the door to new drugs designs in record time using 3D printer.