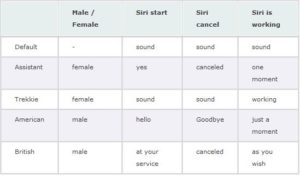 The update of the Cydia jailbreak tweaks Siri Hands-Free Control v3.0 now brings you language-Themes for Siri. While not a permanent change of Siri female voice on a man’s voice possible, but you can see the “standard” Siri start as confirmations, Siri and cancel the “Siri is working” to change sounds. Unfortunately, although no German sound but still sounds extraordinary Siri – in English & male.

While Siri not in all parts of the world has a female voice, is the confirmation that Siri is listening to the long press home button, just a “Bing”. This is changing and can change with Hands-Free Control: 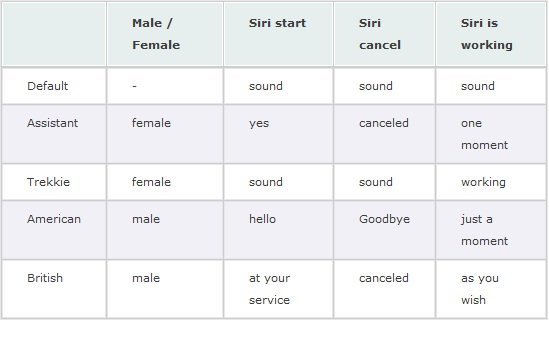 If you tweak the Siri Cydia Hands-Free Control have already purchased, simply perform the update in Cydia. You will find in the settings then select “Theme”.

Otherwise, you handsfree control provides the option of course, Siri without home button to use!

We are excited to see how the voice goes on other Siri theme development. And maybe we’ll see you soon yes (as in navigation devices) and additional voice packets for our beloved language assistant Siri.

But again: it does not get here Siri complete with male language – only the “Default sound” can be changed …