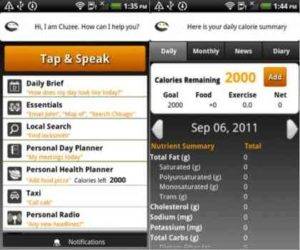 Siri of Apple, has marked the birth of new voice services to smartphone, and it’s only a matter of time before other companies begin to seek the creation of such services –  Microsoft had a few days ago talked about the TellMe while Microsoft and Google certainly working to improve existing voice services, an application appeared in the Android Market, which could become a real rival for Siri. 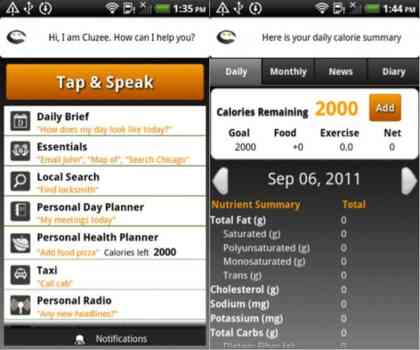 The Cluzee, which is an intelligent personal assistant, offers users a service similar to Siri which includes features that some points could be described perhaps most strikingly by the same Siri. As shown in the video below from the company behind the application development, Tronton, Cluzee asking a simple question like “What does my schedule today?” Will reply telling you the entire program which would naturally you must first pass the digital agenda of the phone.

However, rather than just announce the program is able to give you hints that fishes from the internet, like to go to an appointment at the doctor so and so hours, best to avoid such and such a way because it shows that typically drive time.

The Cluzee may also seek tenders in accordance with the purchasing habits of the user reads the e-mail and SMS text to search for nearby hotels and restaurants according to the tastes of the user to Message prompts, send e-mail or SMS and much more … The CEO of Tronton, Ashish Patwa, features states that:

People are drowning in an information overload. We do not need all available information each time. We need just the right information at the right time, something that Cluzee offers smart, making us more productive. The technology created the problem, but we use intelligent technology to solve it.

The Cluzee available for Android phones initially, but the company plans to launch and a cloud-based version in the near future which will be accessible by all platforms and devices, even with computers.

According to first impressions, but has a relatively limited range of commands from the same Siri, do not forget that this is the first version of the application and is not and the mother company, Google. Reasonably imminent upgrades will enrich the list of commands.