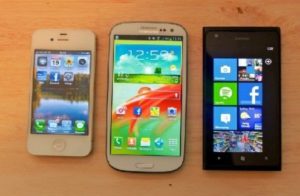 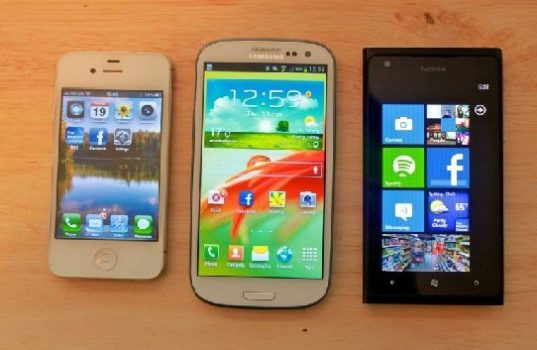 These are the Results that Strategy Analytics revealed when compared to the same period of 2011, we could say that Samsung’s smartphones have increased their market share by 73% through the sale of 36.5 million devices.

Thus, the number of users of the South Korean mobile company has increased by 29% during the last quarter of last year, compared to Apple that were 22% and Nokia 3% only. This highlights both Apple and Nokia do not exceed the sales of Samsung.

But the battle for the manufacturer to reach a greater number of consumers do not end here. Recently, Samsung smartphones sales have surpassed their own closing the quarter at $ 6.6 million .

And is that the numbers have been favored for Samsung thanks to the drop in sales of Apple . The apple company ended the last quarter with 26.9 million iPhones sold. Something that has also affected the decline in its market value .

Meanwhile, Nokia , a manufacturer that has been reinventing throughout 2012, has sold 6.6 million smartphones in total . However, the brand has exceeded expectations at the end of the year and this can mean a strong competitor for Samsung can overshadow .

With respect to the market for smartphones, according to Strategy Analytics, there has been an increase of 43% in relation to the past 12 months. This translates to 700 million mobile units sold worldwide. And during this time, Samsung is the brand that has many to seduce the consumer taking 30% of users.