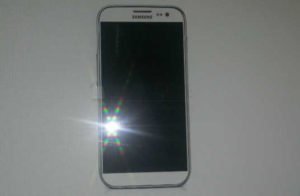 The design of the alleged Galaxy S IV bears a striking resemblance to that of the Galaxy S III but unlike the latter the display takes up a larger share of the device: the edges appear to be even more reduced and it is not even present physical Home button that has so far characterized the series. The above is replaced by a digital button, as now happens in many tablet.

The panel seems to be slightly increased compared to the current generation of smartphones. According to rumors it will be of 4.99-inch Super AMOLED with Full HD resolution , 1920 × 1080 pixels.The rest of the hardware specifications as we speak of the presence of a CPU Quad-core Exynos 5450 2.0 GHz, a GPU Mali T658, 2 GB of RAM and a kit of two integrated cameras, a rear with 13 megapixel camera and a 2 megapixel front which would ensure a good quality video .The operating system should be Android 4.2.1 Jelly Bean. 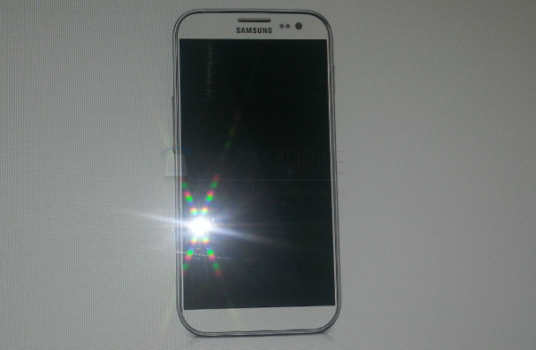 Clearly Samsung has not yet confirmed the development of the Samsung Galaxy S4 and before the official presentation of the device so all the leaked information are to be taken with a grain of salt. However, the leaked image looks pretty real and it is possible that the new smartphone is right in this photo.