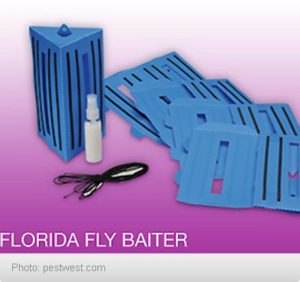 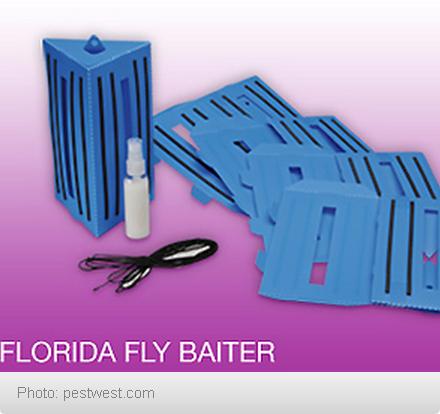 The U.S. War Department decided to protect its soldiers from the flies, fly on the battlefield.University of Florida under the supervision of the agency DARPA has started to develop a unique antimushinogo device.

Currently, researchers have created a Florida Fly-Baiter – flytrap, for destroying the order of 40 000 flies in a month . The efficiency is 96%, said its founder, professor of urban entomology, Phil Koehler.

Battle flycatcher is a plastic triangle is blue with black stripes. Its surface is coated with special chemicals that attract the flies and killing insects almost immediately .

Despite the apparent primitiveness of flycatchers, researchers have come to its creation very seriously.For example, to select the color that flies like more than others, had to measure the electrical activity of the retina of insects. In addition,experiments were also used in live flies .

According to Koehler, one of the experimental study of insects placed in a closed tunnel with the ends painted in blue and yellow colors. It turned out that the blue end of the flies chose four times more likely than yellow.

Upon completion of all tests will be applied flycatchers Pentagon on the battlefield , where crawling, flying and spreading the disease is particularly annoying fly fighters after the battle when the local infrastructure is destroyed, according to Reuters .

You can not talk to anyone because everyone is buzzing and you can not even open my mouth, because that is where the fly flies” – said Ko