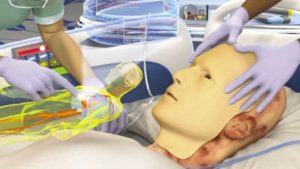 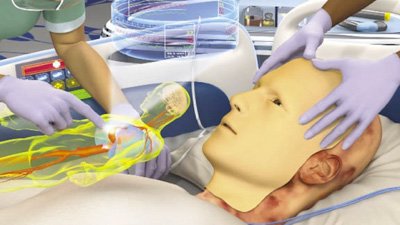 The Pentagon is developing a concept biomask for soldiers (photo reuters.com)

The Pentagon in conjunction with the Centre of Military Medicine and the Institute of Brook of military surgery the United States controlled the process of creating spetsmask, which is unique in the world.

Development of the mask belongs to engineers and scientists to UT Arlington, Northwestern University in Illinois USA.

As planned by the creators of biomask that can fully recover the soldiers, maimed in battle, their faces. Moreover, the project manager Eileen Moss says that the trauma will remain no trace.

The unit will consist of two layers. Upper – Oral Hard – protects the face of external stimuli. The lower part is made of a flexible polymer, which will fill a variety of sensors and tubes. It is through them to the affected areas will receive antibiotics, painkillers, and stem cells, which play a major role in healing – commented Moss.

As the developers say biomask, the effect of their know-how will be significantly higher than that of plastic surgery. The mask will return patients motor function or help restore some of the injured person.

Now biomask ??is under construction. The emergence of the ready-to-use device can be expected not before 2017.