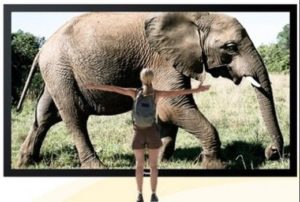 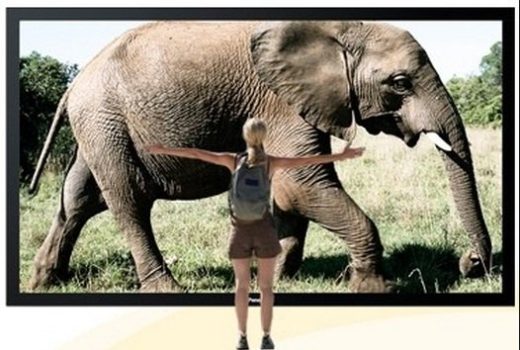 Remember when a decade ago when we went through any electronics store and stayed hallucinated seeing those giant rear projection TVs 50-inch screens that had those were plastic?

Time seems that everything changes and today if we saw one of those projectors we could come to seem dated compared to the quality and occupying minimal space modern Plasma screens that are on the market. With an entertainment culture that is committed to the visual impact soon will no longer be necessary to go to the movies to be absorbed by the screen we tell the story of the world’s largest plasma .

History of the World’s Largest Plasma

Panasonic today launched the world’s largest Plasma called4k2k (for their power of resolution). Nothing more and nothing less than  152 inches !, which means a length of 3.3 meters, a thickness of 27.4 millimeters and a resolution of 2160 x 4096 pixels.

This “little beast” can barely fit in a room provides a liquid crystal display which quadruples luminance efficiency to other products on the market, this lighting system is called Plasma Display Panel (PDP) and is designed to generate a true 3D experience . Moreover, the device is capable of receiving broadcasts wirelessly in blu-ray and video cameras, all with the maximum resolving power .

It seems that executives and developers of Panasonic have captured a market trends pointing toward 3D production and the demand for high resolution. With the outbreak of 3D cinema will become increasingly necessary to pay attention to this type of imagers, may not need to purchase an eyesore as 4K2K but certainly the power of HD should be taken into account.

And what do you think?, Do you think this type of devices may eventually replace the movie theater?Give us your opinion about the advancement of HD technology .

OLED: The Merger Between Sony and Panasonic Confirmed