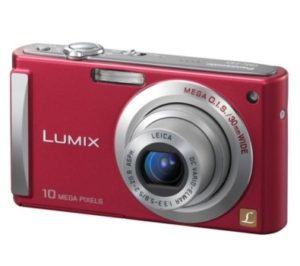 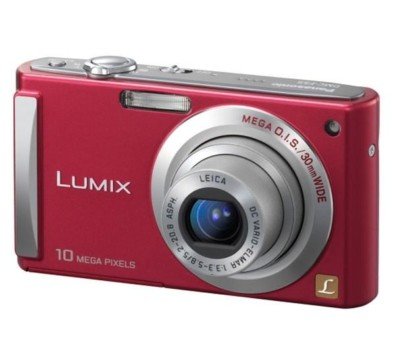 Traveller Zoom (TZ). The new flagship of the Traveler Zoom series is called TZ41. This compact camera Panasonic leads a 18-megapixel sensor in the TZ series. The predecessor TZ31 still came to a moderate 14 megapixels and excelled in tests.Panasonic wants to maintain this level in spite of the increase in megapixels. Whether that is possible remains to be seen. Add to this a smaller TZ36 with 16-megapixel sensor.

Common to the two compact cameras is a 20-fold optical zoom, which will cover a small format equivalent focal length of 24 mm to 480 mm. The initial aperture is f/3.3 at the wide angle, telephoto at f/6.4.

Much focal length. A larger focal length scope than the TZ41 offers the new LZ30. It has a 35-times optical zoom, reaching a small format equivalent focal length of 25 mm to 875 mm. Wide angle it starts at an aperture of f/3.0, f/5.9 at the telephoto end. Otherwise it resembles its predecessor LZ20 almost spitting. The level of equipment they can not keep up with the TZ series.

Tough. The outdoor cameras in the Tough series Panasonic has made more robust.The new top-FT5 now holds up to a depth of 13 meters waterproof ( FT4 : 12 meters) and is also pressure resistant up to 100 kilograms. The new small FT25 makes dives to a depth of seven meters ( FT20 : 5 meters). Both cameras have a 16-megapixel CCD sensor and control an underwater white balance (Red Color Reproduction). The Periskopzoom optics with 4.6 x (FT4) or 4X its Tough series Panasonic has not changed anything.

Compact design. Expanded to two models, the manufacturer also its SZ series. SZ9 SZ3 and the new mid-sized compact design with emphasis. Both cameras feature a 10x optical zoom, which will cover a small format equivalent focal length of 25 mm to 250 mm with a maximum aperture of f/3.1 to f/5.9.Moreover, SZ3 and SZ9 have a 16-megapixel sensor.

Kompaktwinzlinge. With FS50 and Panasonic announced the new XS1 two midgets who could pass optically almost as spy cameras. They are loaded via USB, photos loaded onto your micro SD. 16 megapixels and a five times optical zoom among Other features of this low-budget compacts. 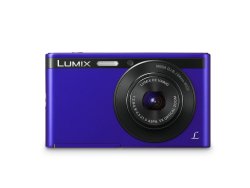 Thus TZ41 FT5 and Near Field Communication (NFC) technology on board. That should be possible, an NFC smartphone by simply “nudge” – actually had to retest the first smartphone camera and get close – will become the remote control. About NFC then an ad hoc wireless connection between the devices is established. Over the wireless link can also photos to the phone from there on social networks such as Flickr or Picasa are transmitted. The new SZ9 dominated Although no NFC – but it is also Wi-Fi capable. Moreover share TZ41, FT5 and SZ9 their photos via “WiFi Direct” to the television. TZ41 and FT5 also come with GPS and GLONASS support. . Location information will be available soon.

It equips Panasonic TZ41 with a 5-axis OIS from that will just make the films for sharp shots. A tilt correction to correct the TZ41 also automatically horizon when shooting video. The other new compact are not equipped with these two functions.Except for all the LZ30 model come with a panorama function with filter effect . It makes it possible to apply well-known effects such as soft focus, sepia or black and white on panoramic shots.

The design cameras SZ9 SZ3 and also have the feature “Beauty Retouch” on board. That should be possible to subsequently apply make-up or raise the corners of his mouth into a smile.Pricing and exact release dates of the cameras, Panasonic has not expressed.