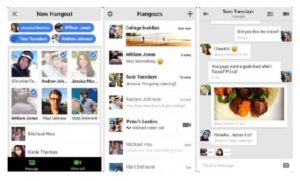 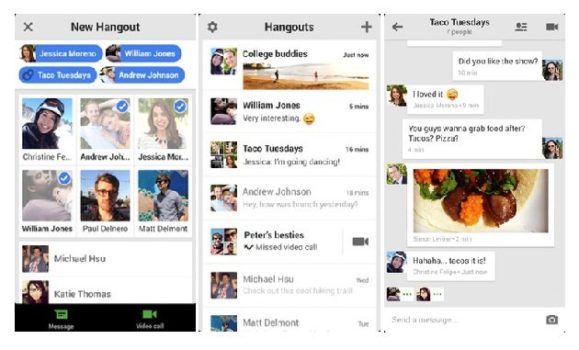 In a totally unexpected move, Google has announced Google Hangouts to iOS. Although previously was integrated into Google’s social network, Google+, is now shown as a separate application and completely refurbished available for major platforms: on the desktop via the Web, Android replacing Gtalk, and with your own application for iOS.

Google Hangouts for iOS now available in the App Store free of charge as a universal application, requiring a Google account to use the application and a device with iOS 6.1 or higher.

Thus, regardless of the platform you use, you can use Google Hangouts to send text messages , including multimedia content such as photos, videos or emojis, and make video calls with our up to 10 of your contacts using the information in our Google account with with the following features:

Although late in this case, it seems that all companies want to earn their place in the messaging market, boosting, each of them, the most important features as the flag of their applications . In this case, google is strongly committed to openness and multiplatform capabilities with video calls among multiple users as power-feature .

Honestly, the arrival of Google Hangouts to iOS is a great news because if it works as well as it does on the web so far, will force Apple to improve its service iMessage and Facetime , which more than one user would appreciate.