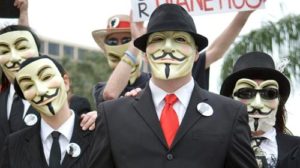 End of the vote, the world’s notorious hacker group Anonymous ranked 36th in the list of 100 most influential character in the world. Even in the online poll, readers’ comments, Anonymous far beyond the opponents to the finishing line in first place, the character serves as the number one influence, in the eyes of the toxic fake magazine Time . 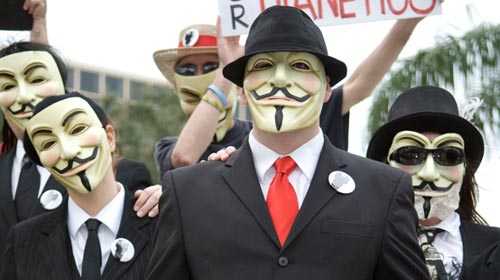 Notably, in the character list of 100 most influential world at present, appears as the name Barack Obama, billionaire Warren Buffett, male athletes tennis world number one Novak Djokovic , Lionel Messi soccer player or a new leader took over North Korea’s Kim Jong-un. After Anonymous information about the top 100 influential figures in the world was announced, many ideas for that the anonymous hacker group deserve a higher position than the current 36. Anonymous recently has always been considered the central character of the Internet community in the world, thanks to the achievements “rogue” as attacking the government’s website from Tunisia, Algeria, Zimbabwe to China, America, destroy the official website of the CIA and most recently to steal confidential information from the FBI and published widely on the Internet.
However, we also have the idea that, Anonymous does not deserve to be above the ranks, by nature, the world community can not define the identity, quantity or scope of This secret organization. Anonymous is the most famous group of hackers in the world today, a collection of hacker members are scattered all over the world.They operate by majority rule, ie when a member requests to attack a certain organization, they must be the majority of members agree.
The reputation of Anonymous is known since 2003, representing communities anonymous Internet users worldwide. The symbol of this team are the masks Guy Fawker smile face ghostly pale and very specific.previous accusations from authorities, Anonymous claim that they act because of the freedom of the people, expressed indignant at the action of the control of Internet freedom organizations worldwide authority, in order to manipulate the media.
Spread the love