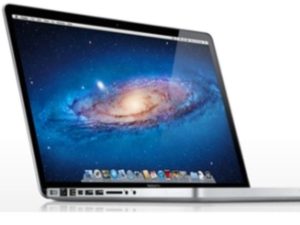 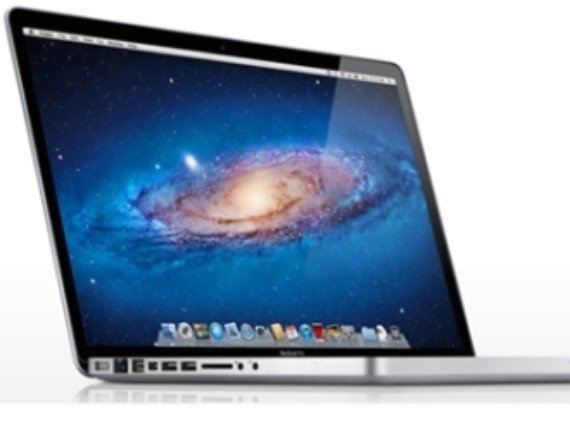 There is no debate, both the MacBook Pro 13-inch retina as the new iMac have industrial design to a new level and finishes, and technology improvements are worthy of the best devices on the market. But this constant improvement, downsizing, miniaturization, weight loss … etc is based on the use, increasingly, your own components developed exclusively by and for Apple. 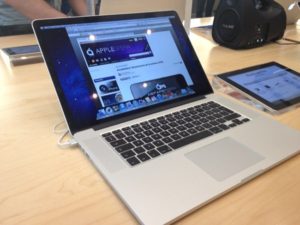 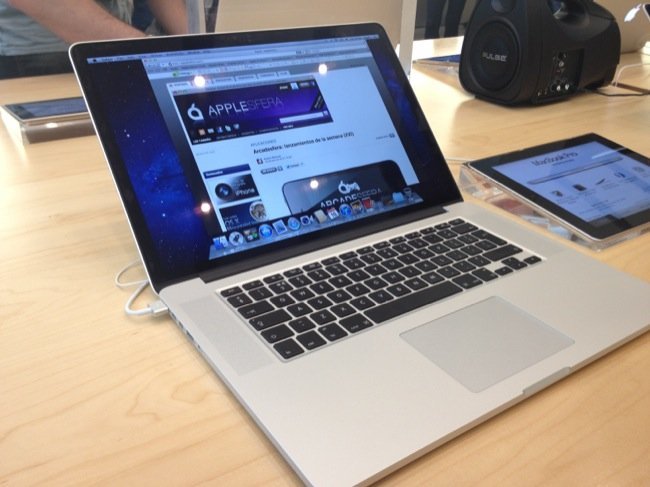 The new MacBook Pro retina screen  is very expensivesome users have invested their savings in this laptop. And there are some of those users who have complained that the laptop’s battery lasts a very short, about half of what should take according to official specifications. Did you find this? If your Retina MacBook Pro isn’t delivering the battery life you expected, try this simple fix.

According to a user on Apple’s Support Communities forum, your MacBook Pro’s battery life could be dramatically reduced by a corrupt file created by Migration Assistant. The only way to improve it is to remove that file.

Read moreIf Battery in Your Retina MacBook Pro Runs Out Soon? You Can Solve it

These screws, parts of Apple’s near-monopoly, and the parts expensive and difficult to replace the malfunctioning, especially new screen Retina.

Also a memory upgrade is a major obstacle of this laptop when it completely out in the future improvements in technology and memory storage. 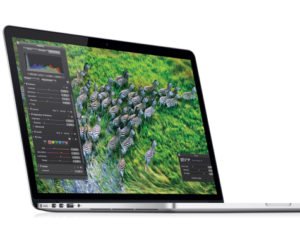 Read moreApple MacBook Pro With Retina Display From This Octobor 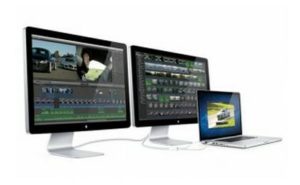 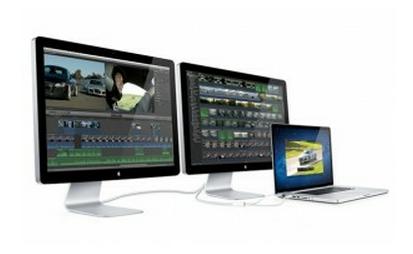 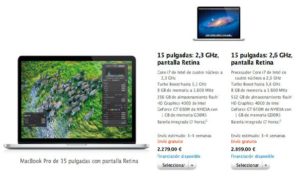 Apple has released a new television ad screen MacBook Pro retina presented on Monday during WWDC 2012 . True to the style of the block, the ad focuses entirely on the product and what we can do with it with a slogan as simple as the design lines of the company:

The announcement has started broadcasting in the U.S. during the finals of the NBA and is clearly aimed at professionals , showing the MacBook Pro turning photo editing applications like Aperture and video and Final Cut Pro X to show its slim profile. 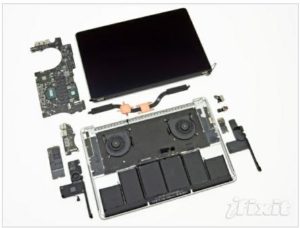 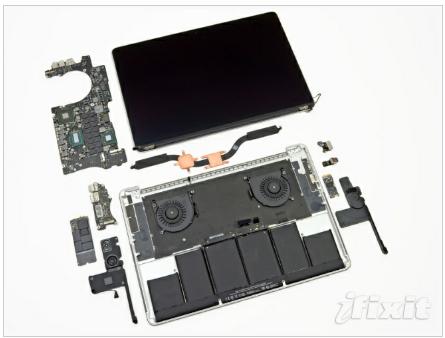 Maybe the next generation MacBook Pro is very similar to the “old” by their external appearance, but Apple already said everything inside is brand new. And that sentence is just what wakes up the curiosity of the boys from iFixit , which have already dismantled component by component to find its bowels. 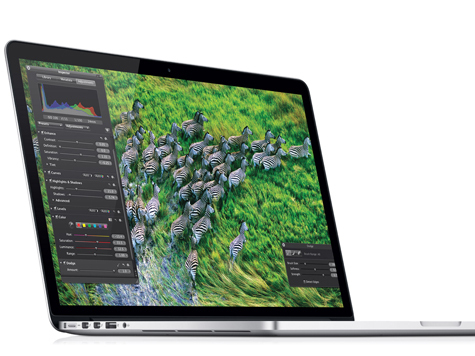 Apple introduced a 15-inch MacBook Pro laptop with a new generation of screen that supports resolution of 2880 by 1800 pixels – four times higher than the average MacBook Pro with the same diagonal.

A significant increase in resolution screens Apple has already tested on their mobile devices. Smartphone iPhone has display with a resolution four times greater than the possibility of previous models in 2010. This year the same happened with the tablet iPad.

Display standard 15-inch MacBook Pro model has a resolution of 1440 by 900 pixels. 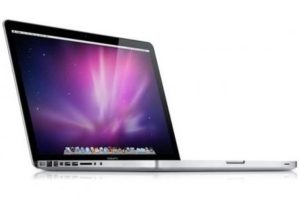 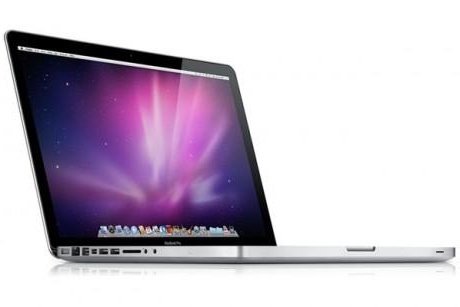 In anticipation of WWDC 2012 in the network there are new details about what products can show us Apple.

We’ve heard that line of MacBook Pro can get a thinner shell and Retina-displays . In a network, even appearing specification 13-inch and 15-inch “proshek”, but was nowhere mentions the older models with a diagonal of 17 inches.

Analyst Ming-Chi Kuo told the publication AppleInsider, Apple is in this year is likely to provide only 13 – and 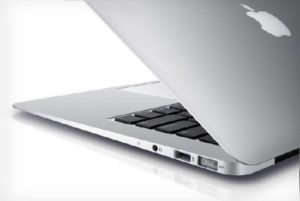 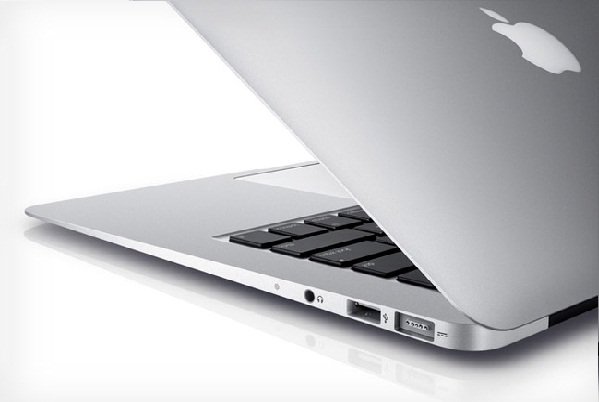 Five days before the opening keynote at Apple’s WWDC 2012 , rumors pointing to a massive renovation of the range of apple laptops and desktops  are so insistent that we decided to make “the exception of the week” and to present recent evidence immediately anticipating our new section on Sundays .

Read moreRumor: A Massive Renovation of the Range of Apple Laptops and Desktops