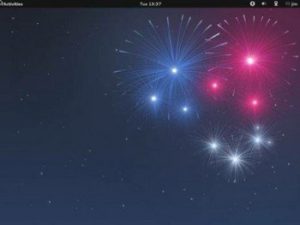 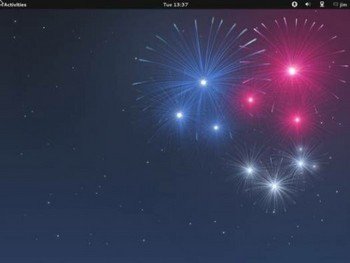 The developers of the project Fedora, who develop the popular Fedora Linux distribution, under the auspices of Red Hat, announced two pieces of news: good and not so.The first is that they managed to find a way through which you can install Fedora Linux on computers, originally designed for the Windows operating system 8 and sad news is that the installation of open operating system on a regular computer will need to buy a special key. The key, or rather a digital signature from Microsoft, once sold for 99 dollars – it’s pretty high price and a very controversial exit from the situation where a serial PC does not allow to install any operating systems other than original.

What Fedora Linux developers have solved the problem with the installation of its new machines designed to run Windows 8, without disconnecting the protected load mechanism, it is certainly good. However, in general, things look as if freedom is the treatment of “iron” in the past. Now, users who want to create a custom kernel, will either have to write their firmware for the basic mechanism of UEFI, which monitors the system load, or pay $ 99 for the finished digital signature. In addition, you now need to create a verified digital signature for the drivers controlling the schedule and other hardware components.

It is unknown what other ways might be to install third-party systems on standard equipment.Now, Microsoft with its operating systems, controls 80-90% of the PC market, and the rest of the leading company Apple, not Linux. And almost obvious that if Microsoft wants to deliver a PC for Windows 8 only with the technology UEFI, the majority of computers at the end of this year and next year will be released in this form, that is protected downloads will be enabled by default and will need to disable it additional tools. Moreover, not all manufacturers agree to provide end users the right to turn off the technology. Thus, the easiest way to install third-party system – is the purchase of a digital signature, which, though not necessarily apply to all flavors of Linux and custom components.

Rather than cooperate with manufacturers of motherboards and computers, the Fedora Project has taken the most simple way – using a proprietary signature of Microsoft.Theoretically, the use of technology can make a secure boot Fedora system more secure by blocking any code that has no signature. On the other hand, if you disable this mechanism, the system becomes more free and not bring surprises, like the refusal to work with new drivers or applications due to problems with the signature.

The new version of Fedora 18 is due out this fall about the same time with the official version of Windows 8. In theory, the authors Fedora can apply the same approach for machines with ARM-CPUs, which are planned to release a Windows 8, so that the whole principle of the open Linux-systems with the possibility of free installation of any equipment can become a fiction, at least, with the current situation.