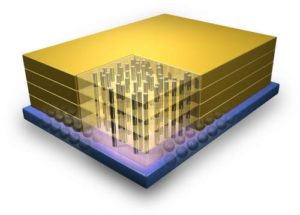 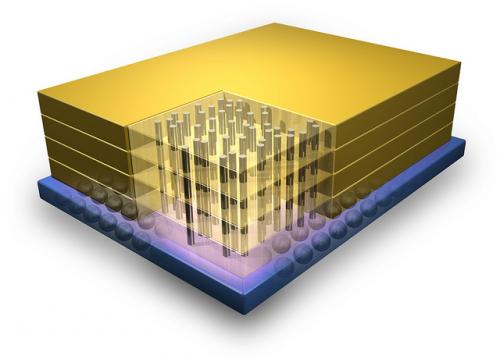 In the short term, by 2014 for servers and 2015 for consumer PCs, the future of RAM will go through the adoption of DDR4. This memory still significantly increase the bandwidth needs are growing as fast as their hearts are increasing.
Beyond that, certainly by the end of the decade we will move to a radically different system, the Hybrid Memory Cube.

This memory will not be present in the form of a bar, but a stack of several RAM chips that are connected by bridges in 3 dimensions. This setup will allow a reduced volume leverage rates since we can access all layers simultaneously, which will carry some sort of RAID RAM.

The initiative launched by Intel has since attracted Samsung, Micron, IBM and now Microsoft has joined the group. Certainly, Microsoft is not hardware manufacturer, but the company will also participate in the development of this memory by investing money and human resources so that it is ready as soon as possible. 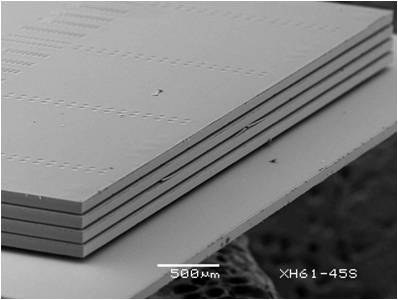 The stakes are very high. Today the memory becomes a bottleneck as making it difficult to rise processors which are added more and more hearts. To overcome this limitation Intel has also been forced to mutiplier the memory bus on its processors. 2 for those intended for general public and even to the most recent 4 Xeon. Beyond it becomes difficult to convince customers and computer makers to add more strips and their locations. This memory will thus form a stack vertically instead of horizontally which saves space and simplifies the design of motherboards. 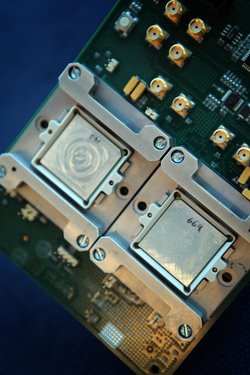 PS: Apple rarely participates in external initiatives, especially hardware, preferring to use the technology once accomplished and especially proposed by Intel (CF USB 3.0).