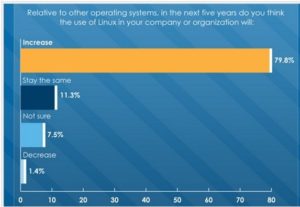 According to a recent Linux Foundation study of companies that already rely on Linux to increase its presence in the future. The study was conducted for the use of Linux on servers that have good growth prospects, especially compared to the stagnation of Unix and Windows Server 2008.

Specifically among respondents almost 80% are committed to increasing the presence of Linux in their companies, while just over 11% will stay the same and 7.5% remain the same, the percentage of companies that will reduce the use of Linux on their servers by 1.4%. 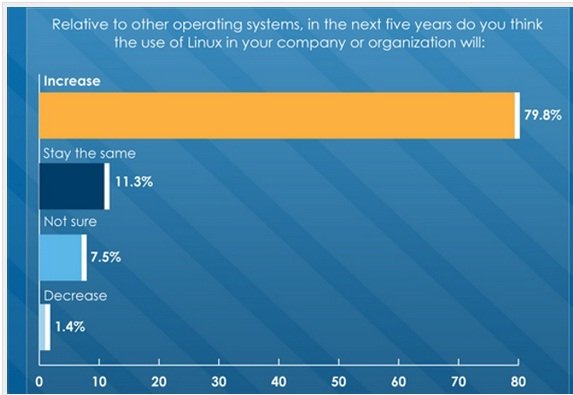 The study was carried out in large companies with more than 500 workers and is about Linux on servers and for large enterprises and for the management of large amounts of data, where the results expressed by the heads of the companies are similar to the survey above.

However, despite the fact that small business is more flexible to adopt technology when I have the perception that the use of Linux servers is less implemented. SMEs small, of about 50 users that could work well with Linux servers easy to administer as Zentyal , offering solutions to meet all business needs.

In this case I think the company is committed to safe , what is already known for years with Windows Server in its different versions, without stopping to consider other versions. But I also believe that these companies generally do not have our own technical service, often more dedicated external business recommendations to support with Windows than with Linux.