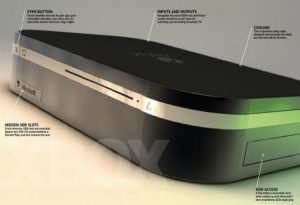 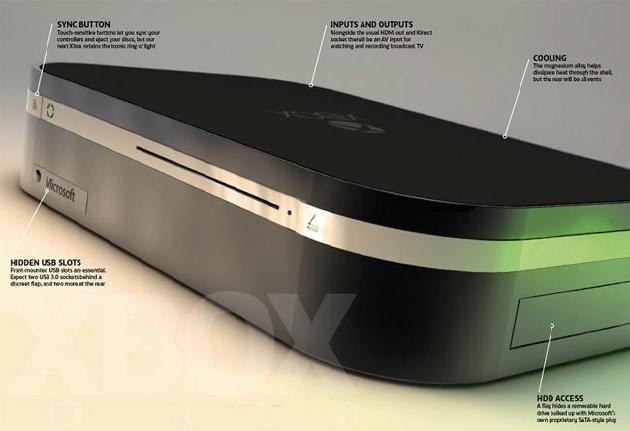 The UK print gaming magazine Xbox World has nothing to lose: Mid December 2012, the latest edition will appear, then makes the issue of Future Publishing tight. The cover story is about the successor to the Xbox 360, allegedly, the editors get new information from industry insiders. It is said that the next Xbox console will simply say, manages to say without further name or number additive.

The console will have a version of the Kinect motion controller, as well as TV input and output and directional sound. Microsoft also working on an “innovative” controller. What exactly is behind it is not known – among other conceivable kind would touch-pad like the Wii U. At a later stage it will also be an augmented reality goggles.

Xbox World writes that Microsoft would like to introduce the new console well before the E3, which takes place in mid-June 2013 in Los Angeles. That makes perfect sense – if only because of the necessary consideration for developers and publishers who want a marketing tool to introduce their next-gen games already officially before the show or this from share legal reasons even need.

Supposedly the console has a Blu-ray drive. That would be interesting, as there had been since the launch of Xbox 360 rumors that Microsoft subsequently files on one or the other kind of Blu-ray support for its console. Microsoft had always vehemently denied – probably because rival Sony relies heavily on the format. However, the amount of data needed for games are getting bigger, so that alone probably cost reasons no other choice. If Microsoft really a Blu-ray drive installed, the question arises whether, in addition to the conventional 25 – and 50-Gbyte disks, the 100-Gyte-BDXL media can be read.

The current delivered to developer Software Development Kit contains supposedly a quad core processor, the cores are each divided into a further four logical cores. It also has 8 GB of RAM. Earlier rumors suppliers wanted to know that the console has a CPU with four or six cores. One is exclusively for the operating system, be a further charge for Kinect. Supposedly in Durango two GPUs are built that can largely operate independently.

There is also speculation the new successor to the Playstation 3 Supposedly, he basically has a Move-compatible controller and a camera – almost as a counterpart to the Kinect 2.0. The console will not be backward compatible with previous Sony consoles. Games will also be streamed still available. Supposedly the device. An AMD Accelerated Processor with four cores, which carries the code name “Liverpool” and is manufactured in 28-nanometer process.