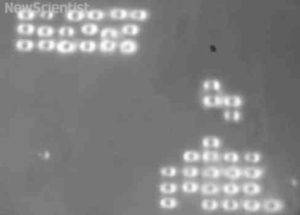 Students at VU University of Amsterdam have created a microscopic version of the famous computer game Tetris. To manage its elements they used “Optical Micro Point Set” – The laser setup, which allows to manipulate physical objects in real time. 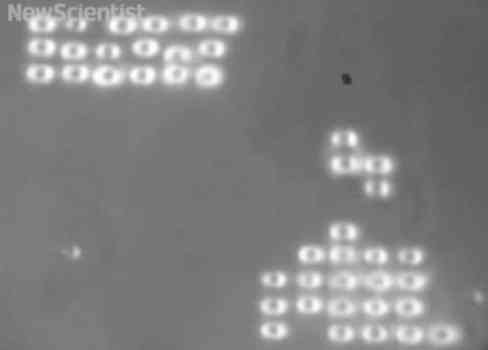 In this case the physical objects that make up the elements of Tetris are microscopic glass spheres, which are captured with high precision focus control of laser beam. Joost van physicist, one of the sponsors, said:

Optical micro point set allows you to manipulate objects at the sub-micron level, as if it were an ordinary pair of tweezers. The focus of the beam acts as a point of attraction for the ultra-particles, which are locked in focus and can not move beyond it.

Young scientists have used as a basis for the project a generalized algorithm of classical Soviet computer games. They fixed set of microscopic glass beads to the individual laser beams, which acted as a tool to create a play space, and as a means to control the game.As a result, under the microscope “physical” Tetris practically no different from a classical computer. The system also randomly gives figures of the four units, and stacked across the width of the line “burn” and sent “in reserve” from which then reappear in the figure.

However, in practice, this technology is used not to create a gaming (like Tetris) and entertainment systems the microscopic scale.According to the portal Newscientist, Optical Micro Point Set actively used in research, development is not theoretical, but practical. This is a good example of Dutch researchers have demonstrated a real ability to control microscopic objects. They have already used this tool in practice to manipulate the bacteria, the double helix of DNA molecules, as well as to test the mechanics of the “finest natural structures.”