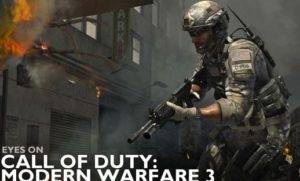 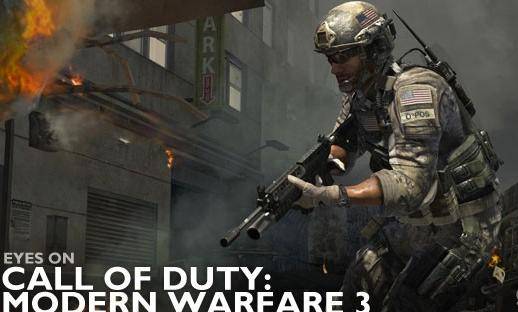 The game was developed by U.S. company Infinity Ward together with the studio Sledgehammer Games, with the help of studio Raven Software. The publisher of games made by Activision. The development version of the game for the Nintendo DS console was engaged in the studio n-Space, a version for Wii – Treyarch. The game went on sale on November 8, 2011 on all platforms. For the third year in a row game series Call of Duty sets a world record sales in the field of entertainment: 24 hours has sold more than 9.3 million copies of the game.

1. The world record sales. November 12, 2011 Activision representatives reported that the third year in a row game series Call of Duty sets a world record sales in the field of entertainment: the first 24 hours in the U.S. and Britain sold more than 6.5 million copies of the game.
For the first 5 days of sales game set new record: for the five days from the sale of game was bailed out more than 775 million U.S. dollars

2. In Paris, a few days before the game was robbed by a truck, carrying the game shop, getting ready to start selling. A total of 6000 had been stolen copies of the game Call of Duty: Modern Warfare 3.

A bit of plot of the game:

Game action continues begun in Modern Warfare 2 Russian-American war – in fact, the events of Modern Warfare 3 starts in a few hours after the second. In the story, the Russian Armed Forces continue to invade the United States, is gradually drawn into the war and Europe.

The plot begins with the fact that the wounded man in a fight with Shepard Maktavisha delivered to the base of OTG-141 in India. Price can not find a doctor and save Soap. Price also met with former Special Forces Yuri, who will be the new protagonist of the game.

25 Interesting laws of life that explain a lot

The Last Story – A Wonderful Game for the Nintendo Wii