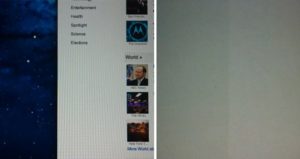 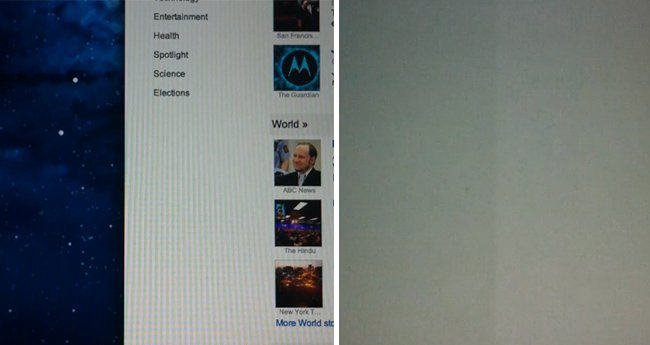 It seems that many users will end with that reason that the first generation of any new Apple product is not good. Some users are reporting on Apple forums, problems with new retina displays that incorporate the recent MacBook Pro

The problem is the emergence of a “ghost” image, an error that displays an image that does not disappear altogether from the screen , restarting the computer still does not disappear. According to some users, a few minutes of operation start to feel like in some areas of the screen (not the same for all users) is interface elements that do not disappear when changing or space application.

You have to wait until you update the interface to it progressively disappearing. Maybe a hardware problem, poor management of the graphics driver or the fact that you are using a lower resolution than the native. For many it is a hardware problem and are complaining to Apple . Currently the company is offering the same product for exchange or a refund.

In this video you can see how to move to a flat color on the screen is seen as the window is marked on the application you were using. While away but recognize that it is annoying considering the investment we make in that equipment.

Finally see what happens, if Apple is confirmed or not and as it solves . Especially since it would be a black point in a product whose main attraction is its screen.