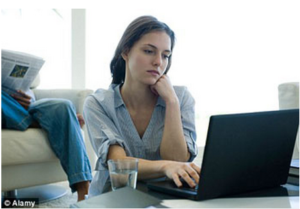 Research conducted by The Center for Eating Disorders at Sheppard Pratt in Baltimore, USA, showed that 75% of respondents are dissatisfied with their bodies and notice this, especially after seeing pictures of other people on Facebook . In other words, is the “envy” that beautiful friends and so can cause the contacts of the social network.

The study was conducted with more than 600 Facebook users. Most admitted feeling a guilty conscience by observing that friend or a friend with muscular body on social network.

The research shows that 44% of Internet users would like to have the body similar to that of a friend, while 37% wanted only to modify one or another part of the body to become more attractive.

The doctor and director of the institute, which conducted the survey, Harry Brandt believes that Facebook itself contributes to low self-esteem.

Facebook makes people spend more time and energy criticizing your own body and wanting to look another person, he said.

According to him, including the number of foodborne illnesses that are caused by low self-esteem of people in relation to their bodies, only increases.

In this age of modern technology and constant Internet access and smartphones becomes greater the number of people who are left with low self-esteem due to better observe other conditions. This contributes to eating disorders, he said.

The survey interviewed people from 16 to 40 years and proved that not only among adolescents that concerns about body attention. Another interesting statistic is that 53% of users also use Facebook to compare their own photos. They analyze past and present images to see when they were better. The study also revealed that 69% of Internet users want to lose weight.