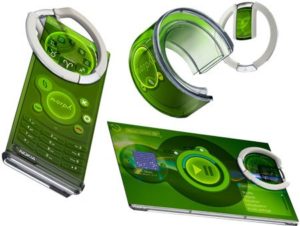 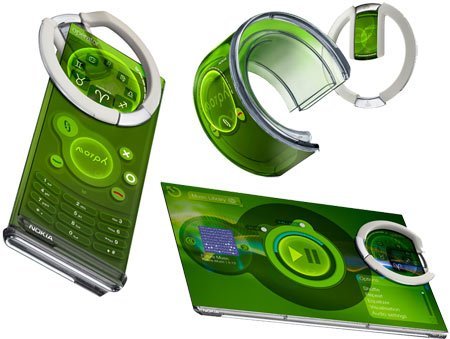 Many people have probably had time to forget about the  unusual concept of flexible phone Nokia Morph , which was introduced four years ago.
Many, but not the Nokia. It is known that in September 2010 the Finnish company re-registered the patent for a flexible device with the same title – Morph.

Description of Nokia Morph online patent office is quite general, not allowing to find out about the upcoming devayse nothing concrete. 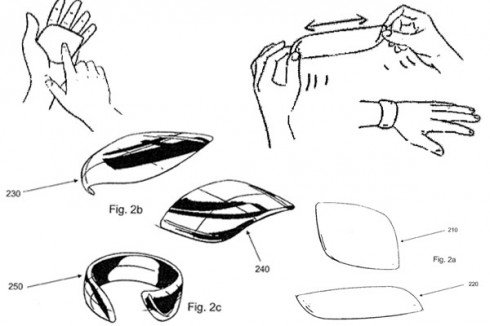 According to the Finnish manufacturer filed an application that in addition to the Morph will be used and some additional device, which is, in essence, a telephone. A Morph is a kind of flexible display – a wireless transceiver, which can take many forms. This display can wrap around your wrist, stretch, or give you any other, user friendly form.

Unfortunately, Nokia Morph is just a patent, and not the fact that he will ever appear in a commercial product. In any case, the Finnish company has not abandoned such developments – we have already written about their flexible phone Nokia Kinetic .

And the fact that flexible displays will soon become an integral part of our reality, you no longer have doubts – in April this year there will be the first electronic reading room with flexible screens LG .