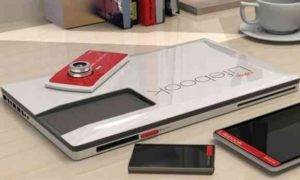 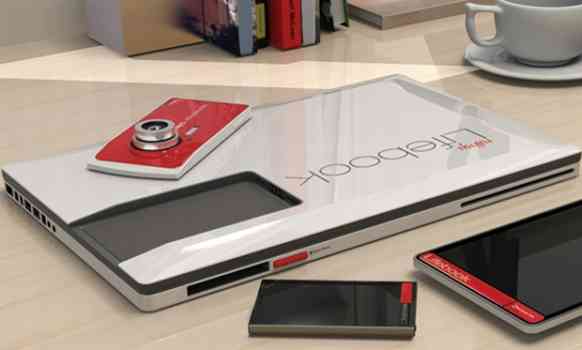 The Chandra Prshant designer came up with a idea that unites various gadgets , a product that takes the concept to extremes of “all-in-one.” This is the project Fujitsu Lifebook , a dockhybrid format notebook with several slots to integrate more devices used in everyday life.

You could integrate a digital camera, smartphone and tablet in to the body of the laptop, and so each would have an active role in the functioning of the notebook. The concept uses the concept of “shared hardware”, which means that the products are connected to the computer’s active share. 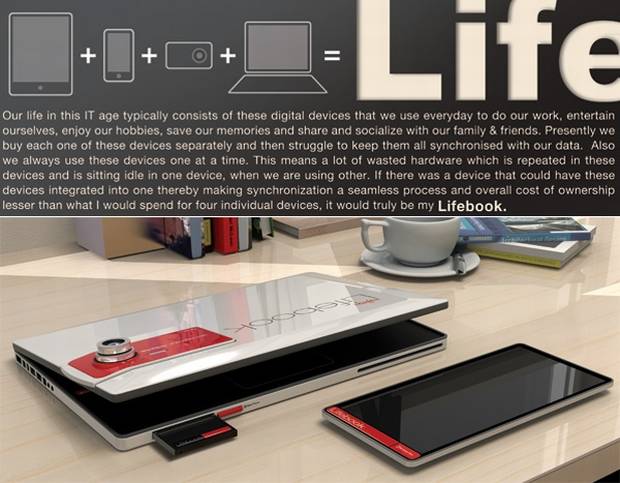 Concept notebook from Fujitsu integrates its other gadgets (Photo: Playback)

For example, if the tablet has a good processor, it, when connected to the Lifebook , will become a processor of the notebook as well as designing a touchscreen QWERTY keyboard.With it, users can enter content and interact with the operating system. Another example: if you can access the Internet by the smartphone, you could use this device as a 3G or 4G modem from the computer.

The end result is a modern and attractive notebook with integrated products to other devices. It is a solution that should satisfy many geeks do not want to take a lot of gadgets in their journeys.

The product is just a concept, therefore, has no release date or price announced.

2 thoughts on “Lifebook Concept Poses Several Gadgets into One Device”