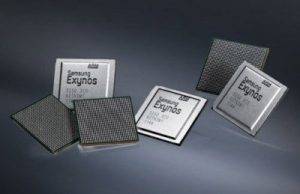 According to unofficial reports, leaked to the net this morning, Samsung, Panasonic, NTT DoCoMo, Fujitsu, and NEC teamed up to collaborate on a processor for smartphones. Electronista with reference to the Wall Street Journal reports that the head of the joint venture is likely to arise NTT DoCoMo, and work will begin immediately at the end of March 2012.

What exactly was the cause of the joint venture is not yet clear. Samsung already produces its own chips, such as, for example, 2-GHz Exynos 5250 , intended for future Galaxy S and Galaxy Tab and ranks second after the CPU Apple. Perhaps, the company hopes to win for himself the first place with the help of others.

Most Japanese handset manufacturers, including Fujitsu, NEC and Panasonic, truly moved to release smartphones only last year and will probably want to accelerate their development to catch up to Apple, HTC, Samsung and other manufacturers. In particular, Panasonic showed off smartphone to the global market , which it probably will show at the CES show in mid of January.