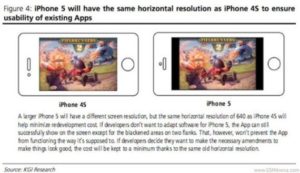 This information has been Mr. Mingchi Kuo, an analyst from KGI confirmed that.

Form 5 of the Apple iPhone will be equipped with 4.08-inch screen size with a resolution of 1136 x 640 pixels 16:9 aspect ratio, in-cell technology and the screen brightness to 500 nits. 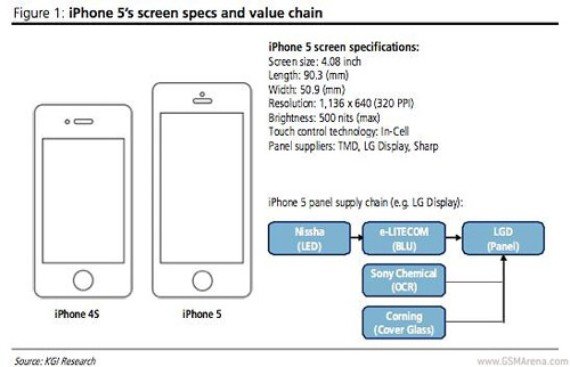 Mingchi Kuo for more information about the camera and the thickness of the iPhone 5, and for that camera FaceTime on the iPhone 5 has the ability to record HD and the camera will be moved from the left side of the headset in the middle (like on iPod Touch).

One other noteworthy point is the iPhone 5 will thin 7.9 inch, while the 9.3 inch iPhone 4S.

However, if such information is true, the width of the screen on the new iPhone still has the same 640 pixels as the iPhone 4S. 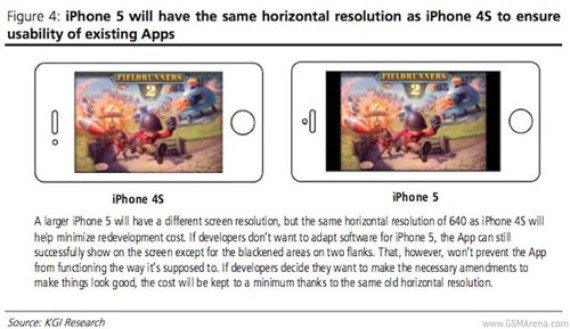 Expected, the iPhone 5 will be officially launched in September or October.