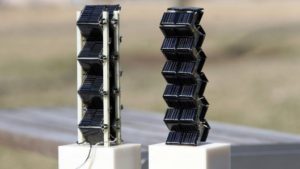 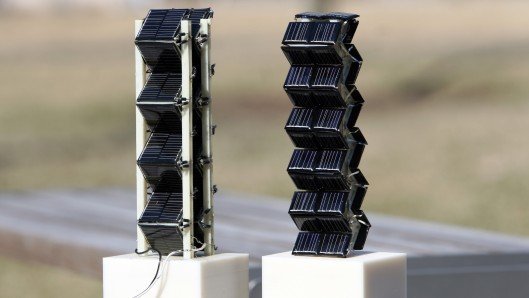 We often see people use a row of solar panels to generate electricity, but now a group from the Massachusetts Institute of Technology (MIT), researchers found that the flat panel is not the most effective way to capture solar energy, they found that the 3D tower solar panels layout in the same area under the conditions of comparable flat panel is more than 2-20 times Energy.

This 3D design with multi-angle of the solar cell towers to maximize the receive the sun’s rays, even if the sun is skewed, or in the morning, evening, winter or cloudy weather conditions still good to capture the sun’s rays .

According to reports, the research team from the Massachusetts Institute of Technology used a computer simulator to determine the optimal shape of the battery and tested in the laboratory on the roof.

In addition, the research team also said that their goal is to produce a more efficient generator. Although The 3D tower solar panels are still in development, but maybe someday it will spread up and installed on the roof makes the roof look like a hedgehog, above, filled with a black tower solar cells, for our supply.

GravityLight is a Low Cost Lamps Operating with Gravity