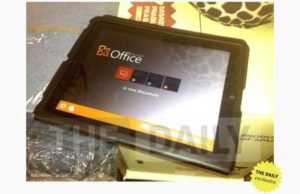 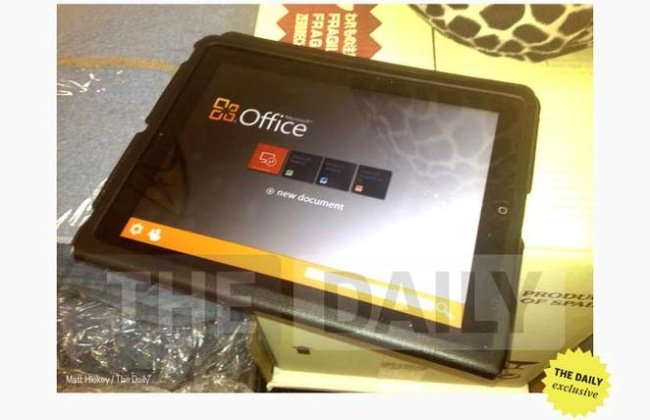 “The Daily” has now dropped the bombshell, an official version of Office for the iPad could be ready for submission to the App Store and wait for approval from Cupertino to be published. But could it available in a few weeks. The application design reflect Metro Windows Phone and Windows 8 in parts of its interface, and an aspect that has become characteristic of Microsoft.

With Office for iPad, the source, we can create and edit Word, Excel and PowerPoint locally and in the cloud. It will be a single application that will bring together all those formats instead of splitting it into three different applications. The above image shows what appears to the welcome screen of that application.

Microsoft has groped the ground with the launch OneNote in the App Store, the note-taking application for Office. Your sales strategy is not bad: free and payment options within the application itself if we need to store an especially large number of notes. Would not be bad a similar model for other Office applications, although all their rivals have a starting price.

Apple has its own office suite compatible with your tablet, iWork, which also integrates with icloud. But millions of computers around the world have some version of Office installed , and now that Microsoft has its own solution is the ideal time for the company to launch a special version for the iPad.It will be a good step forward for both Redmond to Cupertino.