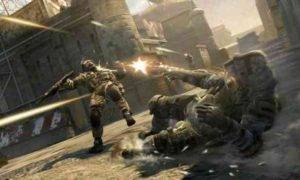 The company Crytek needs no introduction: For 12 years they make the most beautiful person shooters for PC. Far Cry and  Crysis  – have heard these names, each is interested in computer and video games. About a year ago, Crytek made a surprising announcement: they are developing a new game engine, CryEngine 3. The project is called Warface , is an online first-person shooter for the PC, it will be released in 2012 and charged with the development of the Kiev branch of the company. More to this day no one knew, four staged screenshot and semi-legal Chinese video do not count. 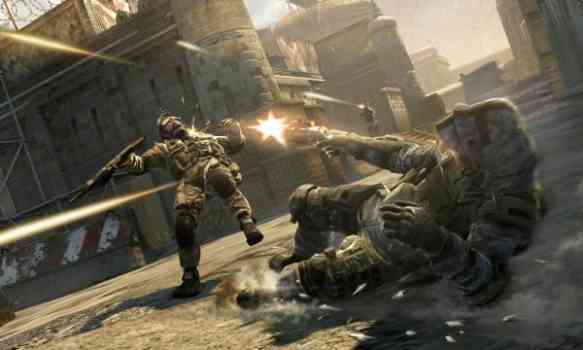 Crytek Kiev officially in existence since May 11, 2007. On this day, the Kiev office received the status of the studio and started to create some project on the engine, CryEngine 2.5. After a while the project was transferred to the engine CryEngine 3.Creative director and studio chief ideologue of the project was Michael Haymzon – a veteran of Crytek , has labored over the Far Cry and  Crysis . That’s Michael, and showed us  a new game ,Warface.

Action Warface happening in the near future when full-scale war, according to developers, Warface is too expensive and dangerous. Fate of the world settled in local conflicts using the most advanced achievements of world military industries. Fiction in the Warface at least. Everything that is, you can see in the news: it’s fundamental position of developers. Armament and equipment carefully copied from the actually existing specimens: no combat tripods, laser guns, and terminators. Very few assumptions, we have seen only two – power armor on the mini-boss gunner and a heavily armed robot. Landscapes are also recognizable: in the current version we are fighting in the Middle East and Eastern Europe. Thanks to the magnificent technology CryEngine 3 places fighting look believable and very beautiful.

The level of graphics can be assessed at the stage of character creation. You choose the hairstyle and facial features (in addition, the engine can import photos, but this function can not live up to the release). The Warface has four classes: gunner, medic, engineer and sniper. For each class of fixed proper function – for example, a machine gunner carries ammo, medic treats wounded and reanimates the dead, an engineer repairing armor and colleagues lays the mines. In combat, the role of classes also differs: gunner – jack of all trades, a shotgun is more suitable for medical battle at short distances, the sniper works on targets from a distance. Visually, the men of different classes differ in uniform and fine details such as pouches, shoes, unloading jackets, helmets, etc. As the game – Warface character acquires additional equipment and weapons. All this is immediately displayed on the model.

Warface  – game, especially co-operative. Levels are designed so that each soldier was found suitable employment: a height for the snipers, machine gunners and shelter for ways to get around to the doctor, hurrying to the aid of the wounded, enough space to lay mines as an engineer. The closest analogue – a series of Modern Warfare . Assignments also involve well-coordinated team play. For example, the above-mentioned power armor worn by an enemy machine gunner, is invulnerable to frontal attack. But if you break the enemy in the rear, you’ll find on his back an unsecured place – the battery that supplies a marvel of military engineering. So, while your teammates distract the fire of six-gun on himself, you destroy a dangerous enemy.

During the presentation, we have tested in their own skin several situations involving team play. For example, we have shown the level where fighters must seat next to each other to climb to the roof. Anyone who was at the top, then helping someone to get behind. Well, the most spectacular example, where it took teamwork of our entire team – the destruction of an enemy called “schitovik.” Go out with him one on one melee is useless: getting to your soldier, he at one blow knocks him off his feet and finishes a huge club. You can try to have finished firing the pistol, but in the “lying down”, but still constantly getting in the head with a baton, it is not always obtained.To help friends who are killed quickly distracted by your hero “schitovika” and then help you to get on their feet. The last time we saw something similar in the Novels of Two Army.

After spending several hours playing, we can confidently say that PvE-mission it is very good. Computer-controlled enemies are cunning and harmonious groups, for example, the snipers skillfully kept at a distance and do not give up the head, while the squad selected for the positions “schitovikov.” In the task of maintenance of armored vehicles computer shows the classical scheme ambush: grenade throwers hiding in buildings, snipers surgically dissected group accurately tracking the individual helpless units, machine gunners finish misguided soldiers. And in the final of any job you can wait for the boss, whose murder may well require special tactics.

Sort things out with other players in  Warface also be interested in: already announced six PvP-modes, from traditional to innovative. But their designers have not yet shown – probably sooner.

Warface – amazing design experiment. In fact, Crytek Kiev makes online-shooter, the quality of technology and the gameplay is not conceding a single-blockbusters. This is a real revolution in the genre, which is quite capable of putting an end to the long-standing dispute between fans of different FPS.We look forward to new details from the developers and the release in 2012.