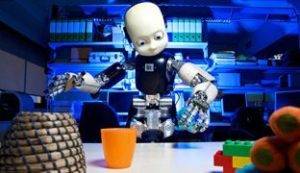 The first time on record the use of the word robot was in the play RUR (Rossum’s Universal Robots) , written by Karel Capek in 1920 Czech. Just a sign of its release in the UK recently opened exhibition at the Museum Robotville Festival of Science in London, attended by a dozen scientists and robots (slave or servant , in Czech) across Europe. 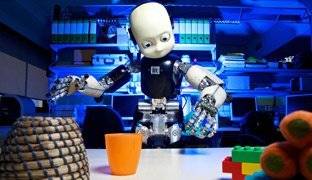 All models displayed are from the Program for Robotics and Cognitive Systems from the European Commission, born in May 2004 with a budget of around 400 million euros, which focuses mainly on artificial intelligence and sensors to be able to develop robots intelligent and autonomous human beings to help with daily tasks.

The Robotics Program budget of the EC is 400 million

Owen Holland, Professor of Cognitive Robotics at the University of Sussex (UK), explains that we now know “that the human and animal intelligence is inseparable from a body, which is why neuroscience is contributing decisively to the artificial intelligence (AI ) and robotics.

” Holland is the creator of ECCE robot , torso based on human anatomy, with joints, bones and muscles, specifically developed to study robotic movements and interactions.

Holland himself points out that one of the biggest problems with robots “is dealing with the environment, to detect.” The expert explains how to date, rather than trying to perfect the sensors have been used to “use of probabilistic robotics, which uses statistical techniques and control theory, fueled with increased computing power, thanks to the Act Moore, to generate predictions about what will happen. ” This technique is, for example, allowed Stanford to win the DARPA Challenge Grant years ago when he created a driverless car capable of traveling through the desert.

ECCErobot has tried to overcome this problem by incorporating a visual sensor, which acts as the eye, and voltage sensors, complemented by traditional models of physics, contributing to improved motion control. For his part, Peter McOwan, professor of Computer Science at the School of Electrical Engineering and Computer Science Queen Mary University (London), has collaborated in the project LIREC, which also involved the British universities of Hertfordshire and Heriot-Watt under which they have developed software to understand the emotions. “Our system detects human faces changes when we change the expression of the detected bots and, based on a set of programmed rules, react,” he explains. In the Robotville Festival, visitors could see the results in the robot Emys , created by the University of Wroclaw Poland, her head consists of three parallel discs, is capable of delivering up to 40 different expressions.

Brought this capability to the level of education, the Italian robot iCub , the size of a 3 ½ years, has been created with free software for the study of human cognition, and the robot Kaspar (UK), which can gesticulate and move his arms, has been used successfully in therapies for autistic children.Kaspar helps small to understand the emotions and interact with other children, even laughing when tickled on the feet.

Nick Hawes, a professor in the School of Computer Science at the University of Birmingham and father of the robot Dora Explorer , is convinced that “robots will change the way we live and work, first in a limited way, with models that clean or park the car, but gradually become more noticeable. ” Hawes has gone from a doctorate in video games to develop Dora Explorer , able to “explore areas to make plans, choosing appropriate even where it is most likely based on the results of exploration are more interesting.” The mill is capable of searching specific objects and even interact in a limited way to help in locating these objects.

“Robots will not benefit humanity,” one expert disagrees

Holland, however, believes that “apart from the robots-vacuum applications will use toys and entertainment products. Everything else can be done with intelligence embedded in existing machines.” Moreover, his vision of the future away completely dictates the robot mythology :

The robots will not benefit mankind. In industry, eliminate jobs, and war will be lethal. As far as I’m concerned Its use is ethically acceptable only when used as scientific tools for understanding the human mind.