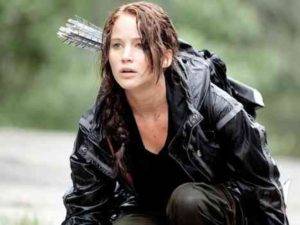 Fans of novel ‘The Hunger Games’ by Suzanne Collins, will be very happy to see the look of first full trailer that has hit below that the movie seems to be following the popular books .This movie is directed by Gary Ross and starring Jennifer Lawrence, Josh Hutcherson, Liam Hemsworth, Gary Ross was tried  to keep the movie  close to the books as possible.

It is very good that this movie is very much better then  ‘I Am Number Four‘. After seeing ‘Winter’s Bone‘I became a big fan of Jennifer Lawrence and I am looking forward to this upcoming movie and want to see  how she survive against humanity.

The story of movie is, in North America,every year the nation of Panem forces to send a teenage boy and girl each of its twelve districts, to compete in the Hunger Games.  Twisted Part is the Hunger Games are a nationally televised event, in these games  “Tributes” fight with one another until one survivor remains alive and it is must to fight  against highly-trained Tributes.These Tributes  spend there lives to prepared skills for these Games . It is impossible for any one to return home ,can  Katniss ever return to her district can she  make impossible  to survive against humanity and life against love.