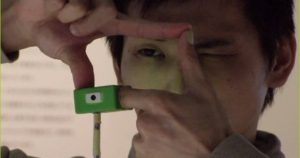 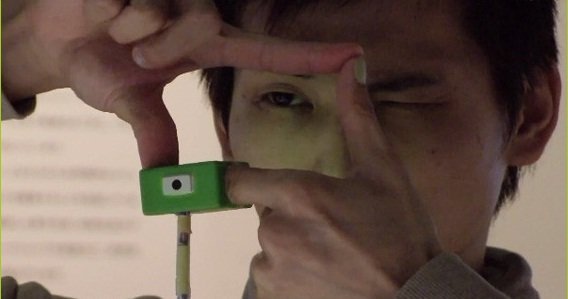 Determine what appears on the scene to form a framework with our hands.It sounds romantic who always thinks photographer with a camera in their hands but reality sometimes surprising taking these ideas into practice.

We have to go to Japan. where researchers from the Institute of Advanced Media Arts and Sciences are developing what is known as Ubi-Camera. It is a conceptual project status, based on the idea of capturing images collected by the position of our hands. It is best to understand it, a video:

As you can see in the video, the prototype is placed in one of our fingers, and with the frame forming the rest form what might be called as a viewfinder. A proximity sensor in the camera determines the distance of our face against the mark , and change the viewing angle.

If you approach the maximum face angle will have a larger scene, while if the away, fewer items will appear in the scene. The current prototype does not have the circuitry needed to compose the shot, so it sends the information to a computer that performs calculations, but everything will come.

Clearly, once developed, the benefits go to have a camera of very small dimensions . It also has to do with it using a fixed camera, which completes the zoom digitally, based on broad images the style PureView .

The prototype also has room for improvement in regard to the proximity sensor used, currently based on infrared which could have a malfunction in the light of the sun. The developers think that it is best to use a second camera pointing towards us , accompanied by a recognition of faces.

The Pen, With Which one Can Speak

The Prototype 2 for PC Expected to Release in July